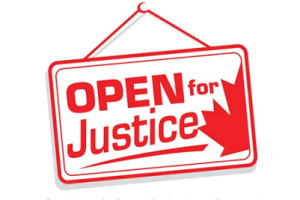 By Tara Hurford (Tara was part of the KAIROS presence at the Forum; these are her views.)

Because of a bursary I received from KAIROS at the end of November 2008, I had the opportunity to attend a Mining Forum in Tatamagouche, hosted by the United Church of Canada.  Being active in Development and Peace for the past three years, whose central campaign has been on mining in the Global South, meant that I had a bit of a background on some of the human rights and environmental issues surrounding this controversial issue.

I quickly discovered that I had a heck of a lot more to learn though.  Not only was I made aware of the unending justice issues surrounding mining, but also what mining means from a more spiritual perspective.  One of the speakers spoke about mining as being a sacred process — a sacrifice.

One thing that increasingly became clear over the course of the two days, was that there is no environmentally sound way to do mining; it always involves destruction to a degree.  However, we need much of the materials that mining produces.  Viewing mining as a sacred process, as the earth itself is sacred, seems a very apt conceptualization of the whole process.  If this were the case, then mining should always be done with the utmost care and respect for the environment and the surrounding communities.

In view of this, I was absolutely shocked and appalled at how little legislation there is in Canada regarding mining, and how little protection there is for the environment and surrounding communities.  What was most distressing to me was learning about how the indigenous people of Canada, the First Peoples, are suffering from mining.  Jim Harding, author and activist from the University of Regina, spoke about uranium mining and the global nuclear system.  But even aside from that, he told us how there are indigenous communities who cannot even fish or hunt anymore, a method of subsistence, because of the radioactivity of the refuse of uranium mining.  Caribou are full of tumors and the fish are simply extinct in the surrounding rivers.

Equally distressing, as Harding pointed out, is that uranium mining is often done under the guise of providing an alternative nuclear energy system to the carbon-based model we have today.  This is apparently a mask to cover the use of uranium in nuclear weapons production, which Canada feeds with uranium from the Western provinces of Saskatchewan and Manitoba.  Right now the governments of Nova Scotia and New Brunswick are looking into lifting their moratoriums on uranium exploration to be more ‘progressive’ — whatever that means.

At the mining forum I also learned of the free trade agreement that Harper recently signed with Colombia, which also has sobering repercussions for global justice.  Currently a good portion of New Brunswick’s and Nova Scotia’s power comes from coal mined in a massive open pit mine in Colombia, Cerrejon.  Colombia has one of the worst records in the world for union activist deaths, and yet the workers of the Cerrejon mine are taking on a huge American multinational company and demanding justice for themselves and the surrounding community, which has had its land appropriated and poisoned by mining operations.

The free trade agreement will only intensify the injustice done to these peoples.  I had the opportunity to meet with one of these brave men at the mining forum — Jesus Brochero — and he urged us to take action here in Canada to stop the ratification of this bill and to call our power companies to account. His presence was inspiring, and I have done what I could to raise awareness about this issue to press for change.

On a more personal note, it was inspiring to see one of the presenters speak about Digby Neck, and the activism that stopped a quarry from opening up very near to my home town.  As a hopefully budding social justice activist, it gave me pride that people from my area were able to press for change in a positive way.

Finally, there was a young man at the Mining Forum from the States.  He is involved in activism regarding the process of “mountain-top removal” mining and screened a movie made by Christian activists regarding this atrocity. One of the people in the film remarked that the first word that came to mind when flying over the mountain under destruction was “rape.” Indeed, some mining practises do exactly this to our sacred Mother Earth and communities that have been there for centuries.  The movie also contained beautiful footage of these Christian activists singing on top of the mountain that is being destroyed.

I was very blessed and inspired by this group of Christians to continue working for justice, as it is so very much a part of our Faith.