Ottawa, ON – On May 31, KAIROS Canada and the Assembly of Seven Generations (A7G) will engage Canadians in a unique history lesson on Parliament Hill at 5:30 pm. The KAIROS Blanket Exercise is a visual and participatory activity that helps people of all ages learn about Canada’s history from the perspective of Indigenous peoples.

This event is part of a national initiative advocating for full implementation of the Truth and Reconciliation Commission (TRC)’s Call to Action #62.i, which urges provincial governments to ensure that all students learn about Indian Residential Schools (IRS), Treaties, and the contributions of First Nations, Inuit and Métis peoples to Canada. This action is part of KAIROS’ Winds of Change campaign, launched last November, to help advance the TRC Calls to Action.

It comes one year after the two organizations presented the first Mass Blanket Exercise on Parliament Hill to mark the release of the TRC’s Calls to Action on June 2, 2015

Since the fall, KAIROS members and supporters in Ontario and across the country have gathered thousands of signatures on petitions in support of Call to Action #62.i. Local members have been delivering these petitions to Ontario Minister of Education Elizabeth Sandals, and other provincial representatives since April.

This Mass Blanket Exercise is one of nine similar and confirmed events taking place in capitals across the country, including Victoria, Whitehorse, Edmonton, Regina, Winnipeg, Toronto, Charlottetown and St. John’s.

Algonquin Elder Barbara Dumont-Hill will provide an opening and closing for the day. Media are invited to participate in the exercise and interview spokespeople.

WHAT: A unique interactive history lesson from the point of view of Indigenous Peoples, presented by KAIROS Canada and Assembly of Seven Generations

The Canadian government funded the church-run residential schools for 130 years. Former students, their families, and communities continue to suffer inter-generational trauma from the numerous abuses that Indigenous children experienced during this national project of assimilation. The KAIROS Blanket Exercise explores the historical milestones and impacts of colonization in Canada, including the Indian Residential Schools.

“People who participate in the Blanket Exercise often ask why they didn’t know about these abuses,” says Jennifer Henry, Executive Director of KAIROS Canada. “Implementing TRC Call to Action #62.i will help end this ignorance of our history in a generation and facilitate reconciliation between Indigenous and non-Indigenous peoples in Canada.”

About the Blanket Exercise:

In 1996, the Aboriginal Rights Coalition (which became part of KAIROS) worked with Indigenous Elders and teachers to develop an interactive way to learn the history most Canadians are never taught. KAIROS: Canadian Ecumenical Justice Initiatives and its partners have since offered the Blanket Exercise thousands of times, presenting Canada’s history from the perspective of Indigenous peoples.

The exercise uses blankets to represent the lands of what is now called Canada, and the distinct cultures and nations which live on those lands to this day. Participants represent the First Peoples. When they move onto the blankets, they are taken back in time to before the arrival of the Europeans. The Narrators and Europeans work with the participants to read a script while the exercise goes through the history of treaty-making, colonization, resilience and resistance that resulted in the country we today call Canada.

KAIROS is a faith-based social justice organization of eleven Canadian churches and religious organizations. It focuses on Indigenous rights, international human rights and ecological justice. We deliberate on issues of common concern, advocate for social change and join with people of faith and goodwill in action for social transformation.

About Assembly of Seven Generations (A7G)

The Assembly of Seven Generations (A7G) is an Indigenous youth-led organization investing in the futures of Indigenous young people. A7G uses Indigenous knowledge and teachings to promote and sustain the well-being of Mother Earth, cultural heritage, and to empower young people as leaders in their community. It was the vision and leadership of A7G that brought about the first Mass Blanket Exercise. 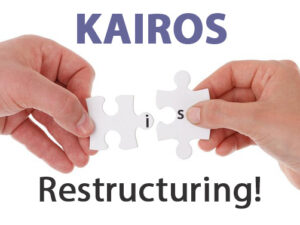