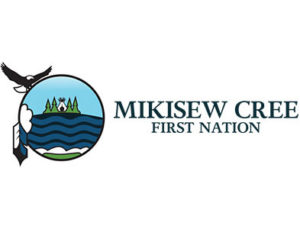 On November 9, in response to the Mikisew Cree First Nation v. Canada Supreme Court of Canada decision, KAIROS Canada and Mennonite Church Canada (MCC) wrote to the Prime Minister urging him to ensure that Indigenous Peoples are fully involved in Parliamentary decision-making on matters that affect them.

On October 11, the Supreme Court dismissed the Mikisew Cree First Nation appeal and ruled that the federal government does not have a duty to consult with Indigenous people and communities before introducing legislation that could impact their treaty rights.

The letter expressed concerned that the Supreme Court’s decision limits Indigenous nations’ actions to protect their rights to litigation after a law has been enacted rather than ensuring these rights are respected from the beginning of the legislative process. This burden of litigation, including the significant financial and human resources required, should not be borne by Indigenous peoples.

KAIROS and the MCC argue that this Supreme Court decision does not set Canada on a good path towards nation-to-nation relationships, a process the federal government has committed to based on recognition, rights, respect, cooperation, and partnership.

“We reiterate our deep support for Indigenous Peoples’ right to self-determination as affirmed in the International Covenants on civil and political rights and economic, social, and cultural rights, and the United Nations Declaration on the Rights of Indigenous Peoples,” states the letter. “As churches and religious organizations, we have committed to and support this core right as the foundation of reconciliation between Indigenous and non-Indigenous peoples.”

The passage of Bill C-262, now under review by the Senate, would establish a legislative framework for implementation of the UN Declaration. Bill C-262 offers a collaborative approach to ensure Canada’s laws live up to the rights affirmed in the Declaration and to ensure these rights are respected within all functions of government, including the legislative branch. 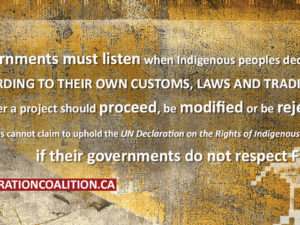 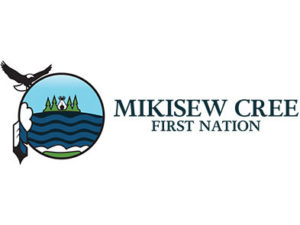