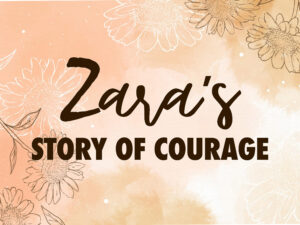 Women human rights defenders and peace activists are being criminalized, attacked and murdered in the Philippines in the government’s “war on terror” which has become a war against its own people.

Zara was “red tagged” before she was killed. Her murder was part of a pattern of rising threats, arrests, disappearances and deaths under Filipino President Rodrigo Duterte’s so called “war on drugs” and use of “red-tagging,” which labels human rights organizations as front organizations of local communist terrorist groups.

The human rights organizations, Karapatan and the National Union of Peoples Lawyers, have documented at least 418 cases of farmers, Indigenous peoples, human rights defenders, including 57 lawyers and judges, who have been killed between 2016, when Duterte came to power, and August 2021. Zara was a grassroots-level human rights activist, a mother, a community health worker and member of the Church People – Workers Solidarity who worked locally on Negros Island with KARAPATAN, a human rights organization and a member of EcuVoice. She demonstrated courage and commitment to justice, human rights, and faith despite the red-tagging and death threats. She was a former political prisoner whose charges were finally dropped in 2014; and she continued to serve among the politically and economically vulnerable farmers and sugarcane workers of Negros.

Zara was the focal person for the Women of Courage, Peace and Security Project of National Council of Churches in the Philippines in Negros (Oct.2018 to Sept.2019). She was, “Truly a tireless and dedicated woman of courage”, writes Vernie Diano her colleague and friend. Zara Alvarez drew inspiration for social justice from the church. Rev. Janet McKeithen, member of the World Council of Churches delegation to the Philippines who travelled to Negros and met Zara said: “Her death is personal for me. She’s not the only one! For the love of God, this has to stop! The people of the Philippines are in constant danger and being murdered by their own government with absolutely no recourse! Zara Alvarez lived her faith among, for, and with the people. We are all called to put feet to our faith, and that’s what Zara did – intelligently, relentlessly and passionately with every fiber of her being.”

KAIROS continues to advocate for human rights and accountability mechanisms to hold the Philippines government to account. Internationally, we have been calling on the UN Human Rights Council (UNHRC) to establish an independent, impartial investigation into human rights violations in the Philippines. Canada has an opportunity to show leadership on the international stage and work with UNHRC member and observer states.

Support our call to the Canadian government to show leadership on the international stage by working with UNHRC members and other observer states to approve an independent, international and thorough investigation into the human rights situation in the Philippines.

Listen to Name on a List, a beautiful song written in Zara’s honour.