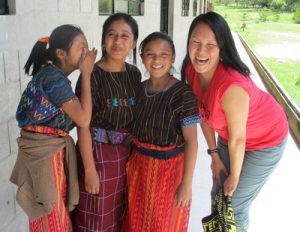 Searching for Indigenous, or Indigena (the Spanish word for Indigenous that is used in Guatemala) solutions for change is a task many revolutionaries have taken on across the world, and it can be complex. If you’re from Canada you will know the topic of popular discussion for Indigenous change is reconciliation. While travelling and meeting social justice revolutionaries here in Guatemala, I have been made aware of a new way of thinking about social justice. The word revolution feels so much more powerful on my tongue than reconciliation. Since colonization’s time immemorial, the state has been criminalizing and ensuring that Indigena human rights are not respected, recognized or brought to justice, and that those who work for improved rights are called the resistance.

With his $25,000 human rights award Jesus Tecu -revolutionary, social justice activist, and survivor of the Rio Negro Massacre – bought land and built the New Hope School where we stayed during our Seeds of Truth exchange. The school empowers Mayan youth to be resilient, to promote and protect their culture, and to enhance and preserve the memory of colonization in Guatemala. It is one of the only schools in Guatemala that develops curriculum to commemorate the massacres and teach youth about the genocide of Mayan nations.

Jesus said those who experienced massacres are healed by talking about their experiences and expressing their hardships. Guatemalans and youth are sometimes indifferent to this history. It is important to spread the truth about Indigena history to eliminate injustice by targeting the populations that are indifferent to the genocidal history. I saw sadness in Jesus’ eyes when he spoke about the massacres and the death toll, which was 250,000 during the 30-year armed conflict. In his community, Rabinal, over 5,000 Mayans died – ¼ of the population – during the time of the massacres. Yet when he talked about Indigena revolutionaries his eyes lit up with happiness.

Elders in Canada say our prophecies (cosmo vision) explain that when the black and white bears meet it will be a time of great hardship. Someone recently told me that this has already happened, and I believe climate change is the new genocide that will be felt worldwide by all. At New Hope School they have a very simple solution from their agriculture school (K-12): respect the earth by using organic products. A sign at the school says “if you look after nature it will look after you.” 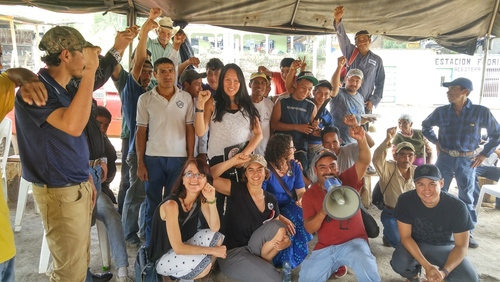 Sandra Lopez, Director of the New Hope School, said the government imposes limitations on education systems and as a centre under these restrictions they do what is required but also work from an internal process of resistance. The school will bring signs commemorating the massacres and the genocide to the national Independence Day celebrations on September 15 which every school is expected to participate in. Schools that do not participate are considered negligent. New Hope School likes being the rock in the shoe of the education system, and an alternative to continually re-teaching colonial history.

In each era, time, and generation the perpetrators have attempted to make Indigena peoples and their history invisible. The KAIROS Blanket Exercise is a workshop that was brought to the students as a way of telling the colonial history in Canada. Many students said they thought Canada was a perfect country,

and they did not know Indigenous people existed there. The students and teachers also wrote their own script in which they showed us their version of Guatemala’s history of colonization. Making our histories known is justice, and we must account our experiences and histories so that our truths are never forgotten. Let’s share our truth and normalize our experiences.

In Rio Negro we walked to the top of the mountain, the same walk that 70 mothers and 107 children were forced to make by the military in 1982 before they were massacred. Our guide, Don Sebastian, survived the massacre. His mother told him to run when the dogs began barking because that meant there were strangers in the community and it would be the military. He ran and hid in the mountains with other survivors. They couldn’t make fires. Their clothes and shoes would break down. They used car tires as shoes. After the massacre the military shot holes in all the cooking pots and pans and burnt the whole town to the ground, leaving them with nothing.

Don Sebastian told us the story of the massacre – those who survived and those who died – which included the elderly, adults, and children. Many were raped and killed. The men in the community had already been murdered because they were labelled as guerillas. It is hard to think all this oppression was for the creation of INDE’s hydro electric dam. It is difficult to hear this colonial history, but when you know what anti-justice is and can identify western tactics then you have the power to deconstruct it and protect yourself and your communities.

At a Mayan ceremony we spent an evening around the fire and were reminded of the importance of ceremonies to Indigena peoples. Jesus told us to remember that the Christian religion is not our religion. We had a fire ceremony where the fires gave us signals and we prayed to our Nahals (clans.) I asked the ceremony conductor Don Jose a question. How do we create change for Indigena people and what should we focus on? His answer was that right now many Indigena peoples are sleeping. They have not yet woken up. We all need to do ceremony and go to ceremony to wake up. At these ceremonies we need to ask for courage and strength.

Our lives will need more than reconciliation. As an Indigenous youth I need a revolution to change all that we normalize in our violent, colonized lives. If you have felt shame as an Indigena people remember that there has been a lengthy, intentional, global process to kill our ancestry. As Indigena people we hold blood memory. This means we hold the genetic memories of our ancestors. Those memories are of ancestry hardships, but they are also of ancestry resiliency. Go to ceremony and heal. Be good to yourself and others. Remember that history is living and we have responsibilities to our ancestors. I am ready for Revolution, and I ask you to resist boldly or resist quietly – if you need to be safe- and become part of the Resistance. 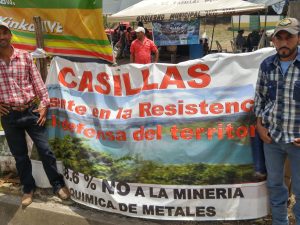 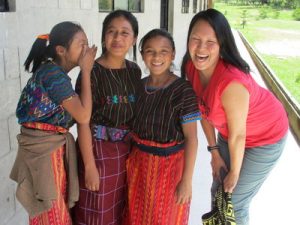 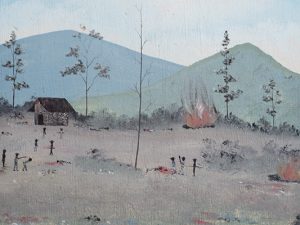