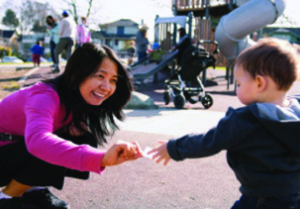 When Maria came to Canada she was envisioning a bright future in her dream country. She came under the Caregiver Program hoping that after two years of working as a live-in caregiver she would be able to apply for permanent residency.

What followed was a year of hardships and a bureaucratic nightmare.

A nursing graduate from the Philippines, in September 2016 Maria came to Canada through an agency after working as a nanny in Hong Kong for two and a half years. She paid the agency a fee of CAD$6,500. She was placed with a family in Calgary with two children, a 7- and a 14-year old. At first, she was working eight hours a day helping with the homework, cooking, and doing light housekeeping. Everything ran smoothly, as set out in her contract.

Maria was happy, she liked the children and her job was what she expected it to be.

However, in time Maria’s relationship with the mother of the children started to deteriorate. One day, after working seven days in a row, her employer approached her after a 10-hour shift and asked Maria to walk the dog. That was the first time she asked for overtime pay. After that night, her life in Canada was no longer the same. What started with reproaches about Maria eating too much food, continued with insults and an increase of Maria’s workload. She started working 10 hours a day, six days a week, bought her own food and was expected to do heavy housekeeping. She was told she was not eligible for statutory holidays.

To make matters worse, in early January 2017 Maria injured her hand in an accident as she was playing with the children. When the pain and the swelling did not go away after a couple of days, Maria asked the family to take her to the doctor. She was denied and told that her employers were too busy. She carried on for a couple of weeks with heavy housekeeping until finally she was taken to the doctor who confirmed the seriousness of the injury and gave Maria a prescription for therapy along with a recommendation to modify her workload and avoid heavy housekeeping.

What she found out later came as a surprise: Maria was never enrolled in an insurance plan. When she asked why, her employers told her that she did not qualify for medical coverage and had to give a two-week notice to take sick leave. According to Canadian law, it is an employer’s duty to pay for medical insurance until the caregiver is enrolled in provincial health insurance. When Maria pointed out that her contract clearly outlined that she had two sick days and medical coverage, her employers responded that the contract was “just a paper” that meant nothing. They refused to help her pay for physiotherapy and she had to buy her own medication. In the end, Maria was unable to complete her treatment that would have been covered by insurance because of its high cost.

Not being able to take sick leave, Maria asked her employers if she could at least refrain from doing heavy housekeeping while recovering. She did not receive a definitive response. Shortly after that conversation, Maria found out that the couple had hired a new nanny from abroad who was going to start at the end of the month.

When Maria turned to the agency that matched her with the employers, she was told that the nanny was only a temporary measure. A caregiver herself, Maria suspected that it would not be possible to hire someone under the program for a short period of time.

On September 20, 2017, she learned that she was terminated for medical reasons. Maria felt alone as her busy schedule had not left her much time to make friends. On top of that, she faced the challenge of finding an employer who would have an LMIA and be willing to wait for Maria to get a new work permit. She could not legally work in Canada without meeting these conditions. [Note: a Labour Market Impact Assessment (LMIA) is a document that an employer in Canada may need to get before hiring a foreign worker. It will show that no Canadian worker is available to do the job. Once an employer gets the LMIA, the worker can apply for a work permit.]

Her agency never contacted her even though they knew about her termination. Although Maria reached out to her agency, she did not have much hope – it was run by a person who was a good friend of her female employer. So Maria decided to seek justice on her own.

Her first goal was to get paid according to her contract. While her former employers paid her a one-week severance pay, she discovered that she was paid for only 48 hours out of the three weeks when her employers were on vacation and she stayed with their daughter. After talking to her employers proved unsuccessful, Maria started looking for legal assistance, while living on employment insurance and struggling with her medical condition. [Note: 3 Not all migrant workers are eligible for employment insurance (EI); only some non-seasonal workers who meet certain conditions are eligible.]

She had to rely on student lawyers and legal clinics because she was unable to pay the legal fees herself; however they only offered consultations and were not able to take her case.

This was nine months ago.

To this day, Maria still cannot work. At one point she found an employer but after almost six months of waiting for the LMIA to be processed they changed their mind. She is now searching for another employer with an LMIA who is willing to wait for her work permit to be processed. In the meantime, she is volunteering at a local Food Bank and a community church. She reported her former employers to Service Canada, but that did not stop her employers from hiring a new nanny. Despite an impressive binder filled with documented evidence of the how the terms of her contract were breached, she is still waiting to go to trial.

Maria came to Canada so that she could have a better life for herself and her family, but now her family is supporting her. Since she was terminated before she completed the 24 months of work required to become eligible to apply for permanent residency, she may lose her chance at becoming a permanent resident under the current program.

Although emotionally and financially drained, Maria is determined in her quest for justice. It is cases like hers that identify the legislative gaps that have to be filled in order to prevent human rights abuse happening in Canadian households. She hopes that her story will give others courage to escape the situation of abuse and draw attention to the precariousness of the conditions that migrant workers are facing in Canada. 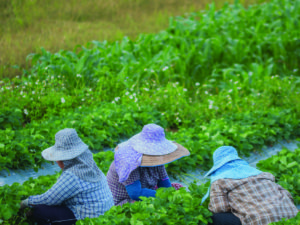 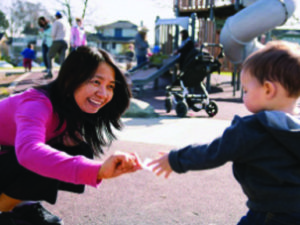