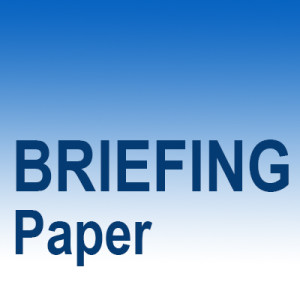 In August 2013, KAIROS welcomed Brenda Sayers, a band councillor from the Hupacasath First Nation on Vancouver Island. Brenda explained eloquently why the Hupacasath had filed a request in a federal court seeking a judicial review of the federal government’s decision to proceed with the Canada-China Foreign Investment Protection Agreement (FIPA).

Their application asserts that the government had failed to consult with First Nations on an issue affecting their Indigenous rights as required by Section 35 of the Canadian constitution and the UN Declaration on the Rights of Indigenous Peoples. Their initiative also defends the rights of non-Indigenous Canadians.

The Hupacasath are concerned that the FIPA would permit Chinese firms to bring investor-state suits against Canada if any level of government were to undertake a measure deemed to restrict the firms’ interests, such as access to natural resources whether oil, natural gas, fish or forest products.

On August 26, the federal court in British Columbia dismissed the request on the grounds that the potential adverse effects the First Nation cites are “speculative” and “non-appreciable,” that is not capable of being estimated. The Hupacasath First Nation is considering an appeal and has pledged to carry on the struggle against the FIPA in collaboration with civil society allies.

Grand Chief Stewart Phillip, President of the Union of BC Indian Chiefs, says “The Union of BC Indian Chiefs refuses to accept the Government of Canada’s argument that there is no ‘causal link’ or ‘potential adverse impacts’ on our constitutionally-enshrined and judicially-recognized Aboriginal rights [as a result of] the ratification of FIPA.” He calls the Court’s refusal to recognize Canada’s duty to consult with First Nations “absurd, unconscionable and incredibly offensive.”

This KAIROS briefing paper (PDF available below) describes how investor-state provisions in international trade and investment agreements are currently affecting Canada, and then looks specifically at the validity of the concerns raised by the Hupacasath and other First Nations in light of recent investment tribunal cases.