Spirited Reflection: Acting for our neighbours 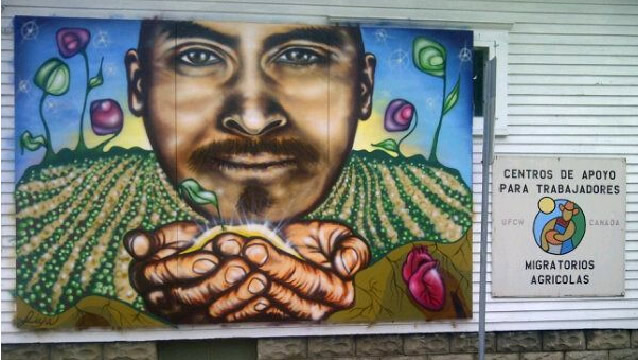 Epiphany continues January 27 with KAIROS reflections based on Light of a Star (digital) (print), the KAIROS Epiphany Resource.

Prophets have a difficult job. They must speak the words that God gives them to speak, even though the words might make people angry. When God calls an individual to become a prophet, the potential prophet always resists, claiming to be inadequate to the task. God chooses individuals who are imperfect and inadequate and puts God’s own words into their mouths in order to shape the future.

The prophet Jeremiah’s job is particularly difficult – he must deconstruct the reality of the social structures of his time and reconstruct them according to God’s justice and mercy. No matter how difficult the message he must bring, Jeremiah is never alone – God promises to be present with him.

God is with us too. Which socio-political structures do we need to deconstruct and reconstruct according to God’s justice and mercy?

Immediately after Jesus reads from the scroll of Isaiah, he is praised for his eloquence by the gathered crowd. But then he begins to disturb them by reminding them of the ways that foreigners are sometimes more accepting of God’s work than Israel. The good news Jesus is offering doesn’t quite sound good to the gathered crowd, as they begin to grasp his meaning. God’s love is more inclusive than they thought. God’s action is not limited to the faithful souls gathered in the synagogue but moves with all kinds of people. The grumbling crowd gets angry enough to try to throw Jesus off a cliff! But he slips past, intent on justice.

Another story– about British Home Children, many of whom didn’t have family to look after them. Some were very poor. Some were orphans. Some kids had run away from home. It was a hard life. And so, many church people got together and raised money and arranged to teach the children how to be servants and workers in Canada. Over almost 100 years, about 100,000 children were sent on ships to Canada to work. Some were small kids, some were teenagers. The girls worked as servants with jobs like washing dishes, sweeping and making beds. Some of the boys worked as farm hands, milking cows, cleaning barns, hoeing the garden and ploughing the fields. It was a hard life for them. Some were lucky enough to be with families who loved and cared for them.

For Maria, Canada was a dream come true. The last thing she expected was to be cheated by the family that hired her. While caregivers are entitled for 3 months of medical coverage paid by their employers, Maria was never enrolled. In order to get justice, she had to navigate in unfamiliar surroundings of a new country all while injured and living on Employment Insurance.

When I pointed to the fact that my contract has medical coverage listed as one of the wage deductions, they responded that the contract was “just a paper” that meant nothing.

How many barriers do you need to overcome when you need to see a doctor or lawyer? Finding the right person to talk to and getting the help you need can be challenging, but if you are not a Canadian citizen or permanent resident and English or French is not your first language, the challenges can seem insurmountable. What if your need for support is more complicated or unusual than a visit to a doctor? Accessing services requires:

Like Maria, many migrant workers are missing one or more of these requirements and therefore are prevented from accessing the medical, legal, housing or employment services they need. This lack of access to services compounds their sense of isolation. And not having their needs addressed can result in their diminished health and wellness.

God, you are the source of love that bears, believes, hopes, and endures all things. This is the love that emboldens people to take risks, even to leave their home, believing and hoping in a better future in a new country.

O Lord, you are a rock of refuge to all in need. Help us to make our country a place of true refuge for newcomers; a place where all have access to what they need to live their best lives.