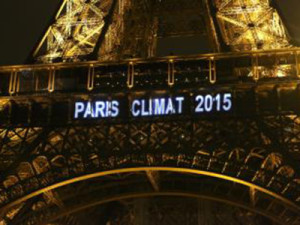 Prime Minister Justin Trudeau has raised expectations for Canada’s action on climate change. He invited provincial and territorial premiers to attend a climate briefing by top scientists on November 23 and to join him at the UN climate conference in Paris at the end of the month.

Federal-provincial action plans will be forged within 90 days of the Paris conference. Canadian governments will have to make tough decisions early in 2016.

The most important challenge will be meeting the imperative to keep most fossil fuel reserves in the ground, something that is unlikely to be included in the Paris agreement. According to the Intergovernmental Panel on Climate Change (IPCC), the world cannot burn more than one-quarter of known reserves if we want to have a 66 per cent chance of keeping the rise in global temperatures below the official target of two degrees Celsius.

Similarly the International Energy Agency (IEA) has concluded that two-thirds of fossil fuel reserves must be kept underground. According to the IEA production from the Alberta tar sands must be no greater than 3.3 million barrels a day (mb/d), effectively the same limit advocated by KAIROS in our 2010 policy paper calling for no new approvals of tar sands projects.

Since existing pipelines can move 3.3 mb/d of synthetic oil from the tar sands to North American markets there is no need to build new ones for exporting crude through Pacific, Atlantic or Gulf of Mexico ports as documented in Gordon Laxer’s new book After the Sands. Yet the prime minister and the premier of Alberta expressed “disappointment” after President Obama turned down the Keystone XL pipeline. They vowed to continue seeking ways to ship tar sands crude to foreign markets.

Prime Minister Trudeau has promised that the assessment of future applications for new pipelines will take into account their impact on climate change and on Indigenous rights. Under the UN Declaration on the Rights of Indigenous Peoples, Indigenous peoples have the right to grant or withhold their free, prior and informed consent to resource projects on their territories.

Canada’s new minister of natural resources, James Carr, would not say whether the Trans Mountain and Energy East pipelines, currently under review by the National Energy Board, will be affected by changes to the review process. A failure to apply the promised criteria to these two projects will be a crucial measure of the new government’s integrity.

In its election platform, the Liberal Party promised to work with the provinces to put a price on carbon emissions, without specifying what that price would be. Establishing a pan-Canadian price will be a challenge. British Columbia has a carbon tax of $30 per tonne of carbon dioxide emitted. Quebec has joined California in a cap-and-trade scheme that limits how much CO2 some industries can emit, requiring those that exceed their caps to buy credits that currently sell for $15 to $16 per tonne. Ontario is set to join that arrangement. Alberta levies a fee based on the intensity but not the total amount of a company’s emissions, although a new policy statement from Alberta is forthcoming.

Given this complicated situation, establishing a single national price on emissions will be difficult. Environmentalist David Suzuki and economist Jeff Rubin advocate a federal carbon tax that allows provinces to keep the revenues they collect from provincial programs, provided they meet a national standard. They suggest an initial national carbon tax of $30 per tonne that increases gradually. Under this plan, B.C. would keep the revenues from its current $30 carbon tax, while Quebec and Ontario industries would pay a federal tax equivalent to the difference between $30 and the fluctuating value of permits sold through periodic auctions.

David Suzuki suggests that a Canadian carbon price should reach $100 per tonne by 2020. Studies by M.K. Jaccard and Associates in Canada and by the IPCC conclude that carbon prices would have to rise to around $200 per tonne to be effective in keeping temperature increases below 20C.

In addition to putting a price on carbon, federal, provincial, territorial and local governments will need to invest in low-carbon-infrastructure. During the election campaign, the Liberal Party promised to invest $2 billion over four years in a Low Carbon Economy Trust to finance projects to reduce carbon emissions and an additional $20 billion for public transit over 10 years. It also promised to create an unspecified number of green jobs by selling Green Bonds from a new Canada Infrastructure Bank to finance projects such as “electric vehicle charging stations … transmission lines for renewable energy, building retrofits and clean power storage.”

Without provincial pledges or projections of Green Bond sales, it is difficult to assess these promises. The Green Economy Network, in which KAIROS participates, estimates that an expenditure of about $75 billion over 10 years is needed to create one million person year jobs through investments in energy efficiency, public transit, high speed rail and renewable energy projects.

Although Canada has partially fulfilled its promise at a 2009 G20 Summit to phase out inefficient subsidies to fossil fuels, a new report from Oil Change International calculates that annual Canadian subsidies to these industries averaged $3.6 billion over 2013 and 2014, with $2.1 billion from the federal government.

While it may reduce some of these subsidies, will the Canadian government eliminate subsidies for expensive and questionable Carbon Capture and Storage projects? These now serve to give the illusion that we can go on burning fossil fuels as long as emissions are captured and pumped underground.

In a future blog, I will discuss the contributions Canada could make to help low-income countries adapt to climate change — likely to be a contentious debate in Paris.