New Study Calls for Transition Away from All Fossil Fuels, Including Tar Sands

The front page headline in the February 21 Globe and Mail screamed “Science rides to aid of oil sands.” The story purports to show that a leading Canadian climate scientist indicates that “oil-sands emissions are not the dark-shirted villain some have made them out to be.”[i]

However, an examination of the actual study by University of Victoria scientist Andrew Weaver and graduate student Neil Swart demonstrates nothing of the kind. What their commentary on “The Alberta oil sands and climate change” published in the journal Nature Climate Change does show is that the amount of carbon in the tar sands is relatively small when compared with the carbon content of global coal or unconventional natural gas resources.[ii]

Importantly, the authors do not assert that the carbon content of the tar sands is insignificant. Dr. Weaver has repeatedly said that the results of the study should not be interpreted as a “get out of jail free” card for the tar sands.[iii] In fact the study shows that their carbon content at 238 gigatonnes (billions of tonnes or Gt) is larger than the 228 Gt of carbon in all the conventional oil resources in place everywhere in the world. Moreover, other unconventional oil resources, such as the tight oil reserves now being exploited through fracking, are even bigger at 354 Gt.

With respect to the tar sands’ carbon footprint, Weaver and Swart underestimate its size by excluding from their calculations the “additional emissions resulting from natural gas, diesel, and electricity use during bitumen extraction, upgrading and refining.”[iv] This avoids double counting since the emissions from burning natural gas or diesel to extract bitumen are counted elsewhere in their tables. In a Toronto Star op ed Weaver says that if these emissions were included their estimates of the global warming potential of tar sands use would rise by about 20%.

Misleading media accounts of their original study fail to mention another comparison. Weaver and Swart say that if we are to have a 66% chance of keeping the rise in global temperatures below the two degree Celsius limit proposed in global climate change negotiations, then the allowable cumulative carbon footprint for each and every person on the planet would be 85 tonnes of carbon. They say that if just the 170 billion barrels of tar sands reserves deemed recoverable at current prices were consumed in North America, “the current populations of the United States and Canada would achieve a per capita cumulative carbon footprint of 64 tonnes of carbon.”[v] In other words we would use up 75% of our allowable emissions just by burning oil from the tar sands without taking into account the natural gas used to extract or upgrade bitumen. In this case there would be little room left for using conventional natural gas or oil for other purposes as we endeavour to make the transition to a low-carbon economy based on conservation and renewable forms of energy.

The Globe and Mail article cited above was clearly intended to influence an imminent decision by the European Union on its fuel quality directive. Two days later an EU committee deferred a decision on whether oil extracted from the tar sands would be deemed to emit 22% more greenhouse gases than fuel from other kinds of petroleum. European Ministers will decide on the fate of the directive at a meeting in June. In the interim they will be subjected to intense lobbying by the federal and Alberta governments and by oil companies who can be expected to selectively cite only certain data from the Swart Weaver study.

Natural Resources Minister Joe Oliver has already stated that he intends to use selected numbers from the study in his speeches. So we can expect to hear over and over again that the exploitation of the 170 billion barrels of commercially viable oil from the tar sands will raise global temperatures by “only” 0.03 degrees Celsius. But 0.03 degrees of warming is still a huge amount from a single source. It is equivalent to about 4% of the 0.760 C warming that has taken place over the last 100 years.

With high oil prices and technological advances, the amount of recoverable reserves from the tar sands could reach 315 billion barrels. Then emissions from burning tar sands oil, without counting added emissions from their extraction and upgrading, would cause additional warming equal to about 8% of the warming endured over the last century.

In their rush to take Weaver and Swart’s data out of context, many media have ignored the conclusions in their commentary. There they warn that if we want to keep global warming below 20 C, then we need to “put in place measures that ensure a rapid transition of energy systems to non-greenhouse-gas-emitting sources, while avoiding commitments to new infrastructure supporting dependence on fossil fuels.”[vi]

Weaver has made clear on other occasions that this new infrastructure would, in his opinion, include both the Keystone XL and Northern Gateway pipelines for export of tar sands oil. It would also include new coal mines or shale gas extraction through fracking. These conclusions should set the context for moving forward and not the selective use of data out of context by politicians and oil industry lobbyists.

[iii] Andrew Weaver. “The oil sands are a symptom of the bigger problem of our dependence on fossil fuels.” Toronto Star. Feb. 21, 2012. 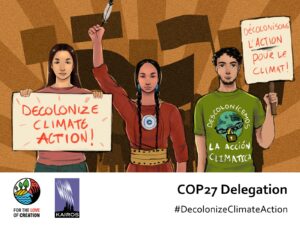