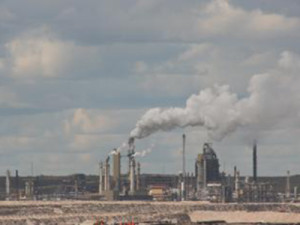 I was surprised by media reports that pre-Paris national pledges of Greenhouse Gas (GHG) reductions could keep temperature increases to around 2.7 degrees Celsius by 2100. So I investigated.

It turns out that the 2.7 degrees Celsius figure was indeed used in a carefully qualified news release from the UN climate change secretariat. But the danger of reporting this number is that it implies that the world is getting close to meeting the official target of keeping temperature rises near 2 degrees Celsius.

In fact this is a dubious projection that is based on some very shaky assumptions. First it assumes that every country will achieve the targets it has set for the years 2020 to 2030. Canada’s failure to live up to its commitments under the 1997 Kyoto accord, or to put in place measures that could meet its current pledge, demonstrates why we should be skeptical.

Second, the 2.7 degrees Celsius projection assumes countries will continue reducing GHG emissions after 2030 at the same rate as the previous decade. A more realistic assessment by Climate Interactive is that an agreement in Paris based on implementing the pledges now on the table would lead to an increase in global temperatures of 3.5 degrees Celsius. This is just one degree less than the 4.5 degrees Celsius rise that would occur under a business-as-usual scenario.

Third, the secretariat’s projection does not take into account feedback mechanisms, such as the release of methane due to the melting of Arctic permafrost. Methane is a greenhouse gas 85 times more potent than carbon dioxide over a 20-year period. As I have previously documented, feedback effects from thawing permafrost and methane hydrates could accelerate climate change dramatically leading to conditions that would not support life on Earth as we know it.

Accordingly Giza Gaspar-Martins, an Angolan diplomat speaking for 48 of the poorest and most vulnerable countries, has criticized the current pledges as lacking ambition. He called for them to be adjusted to deliver results before 2020 and to be renewed every five years lest “we all face a grim and uncertain future.” Repeating warnings that even two degrees of warming will cause oceans to rise enough to submerge small island states, Gaspar-Martins emphasized the call from the least developed countries to adopt a more ambitious target of limiting warming to 1.5 degrees Celsius.

An analysis by Climate Action Tracker confirms that changes to actual government policies are much more important than their pledges. It states that there is only a 50 per cent chance of holding temperature increases to 2.7 degrees Celsius if all pledges are kept. More importantly, under current policies temperatures are likely to rise to 3.6 degrees Celsius or higher by 2100.

Maxime Combes, a member of the international civil society coalition Climate Justice Now, spoke at the November 8 pre-conference ministerial meeting attended by Canada’s Minister of Environment and Climate Change, Catherine McKenna. Combes pointed out that the pledges made to date “lead to at least 10 per cent more emissions in 2030 compared to today, while the IPCC (Intergovernmental Panel on Climate Change) has shown that they should be reduced by almost 70 per cent by 2050. This is not acceptable. … Higher emissions in the early years will necessitate greater and more costly emission reductions later on in order to keep global warming under 2 degrees Celsius (or under 1.5 degrees Celsius).”