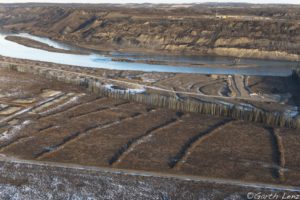 KAIROS joins Indigenous partners in expressing dismay over the federal government’s decision to issue permits for the construction of the Site C dam in British Columbia without the free, prior and informed consent of the peoples whose ancestral lands will be flooded.

KAIROS is extremely disappointed with the federal government’s decision to issue permits allowing construction of the Site C dam in British Columbia without the free, prior and informed consent of the Indigenous peoples whose ancestral lands will be flooded. The timing of this decision is particularly disturbing as the permits were issued only two months before legal challenges to the project by the West Moberly and Prophet River First Nations are heard by a federal court.

On June 10 KAIROS issued an open letter to Prime Minister Trudeau and B.C. Premier Christy Clark calling on the prime minister “to fulfill your government’s commitment to respect the UN Declaration on the Rights of Indigenous Peoples.” The letter  states that “Allowing the Ministers of Fisheries and Transport to issue construction permits related to the Site C dam while the West Moberly and the Prophet River First Nations are contesting the project before the courts constitutes a failure to uphold their rights to free, prior and informed consent as outlined in the UN Declaration.”

KAIROS’ dismay echoes that of our Indigenous partners. Caleb Behn, a member of the West Moberly First Nation, calls the decision a “broken promise” and a sign that the government is “unwilling to engage in reconciliation with Indigenous peoples.”  Helen Knott, a member of the Prophet River First Nation, believes the prime minister is breaking his promise and engaging in a “new relationship that looks a lot like colonization.” Grand Chief Stewart Phillip of the Union of B.C. Indian Chiefs suggests that the government is acting like “thieves in the dark, quietly issuing federal permits before a long weekend to allow for acceleration of construction.”

The haste with which the federal and provincial governments want to get on with the development of the Site C dam is also disconcerting in light of evidence that electricity from the Site C project will not be required in the near future and that there are better options for meeting British Columbia’s power needs. The Joint Review Panel examining the Site C project pointed particularly to the potential for geothermal power as one promising alternative that could provide electricity without the disruption that would be caused by a hydro dam. The panel also highlighted policy constraints imposed by the B.C. government on BC Hydro, including a prohibition on imports of electricity to which Canada is entitled under the Columbia River Treaty, as explained in our June Briefing Paper Resistance to British Columbia’s Site C Dam Gaining Momentum.

KAIROS joins with  Indigenous partners and other civil society organizations in reiterating the call in our June letter “to suspend construction and to stop issuing permits for the Site C dam until the Indigenous peoples whose lands and ways of life will be affected are able to exercise their right to free, prior and informed consent in keeping with the UN Declaration on the Rights of Indigenous Peoples, and there has been a thorough, arms-length review [of the need for power from the Site C dam] by the BC Utilities Commission.”