KAIROS Chooses to Commit to Reconciliation: Statement of KAIROS Executive Director Jennifer Henry on the Release of the TRC’s Final Report 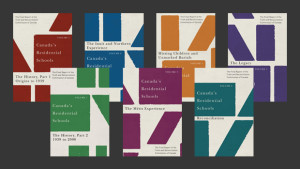 Today’s release of the Truth and Reconciliation Commission’s (TRC) Final Report presents us with a choice. We can, as a society, take the report seriously and work collaboratively to fundamentally transform the relationship between Indigenous and non-Indigenous peoples in Canada, or we can choose to ignore the report and its Calls to Action and abandon another opportunity for reconciliation.

The residential school survivors, demonstrating humbling courage, have shared their experiences to help us understand how churches and governments collaborated to establish and operate schools designed to eradicate the distinct societies of Indigenous peoples. Commissioners Justice Murray Sinclair, Dr. Marie Wilson, and Chief Wilton Littlechild have sacrificed greatly to enable and facilitate a national conversation and truth-telling about a period of this country’s history they describe as amounting to cultural genocide.

We have been entrusted with a great responsibility. The report and Calls to Action represent a clear process towards a reconciled country that requires all of us to be involved. We hear the TRC’s call for a principled reconciliation that respects the nation to nation and treaty relationships, and is rooted in the collective rights of First Nations, Inuit and Métis peoples.

But are we prepared to do the work needed to build and maintain respectful nation to nation relationships? Are we willing to learn how to live together using the principles, norms and standards of the UN Declaration on the Rights of Indigenous Peoples as a framework for reconciliation?  Do we have the patience, the perseverance to commit to a journey of healing and reconciliation that may last generations?

There is no doubt that education is key to reconciliation. We have much to learn, and unlearn.  As first steps in this long journey KAIROS has chosen to respond to the challenges of Calls to Action 48 and 62. Within and beyond the KAIROS church community, a plan is emerging for a collaborative act of public witness related to 48 and its request for a statement of compliance with the UN Declaration. Through Education for Reconciliation, our response to 62, we hope to build a broad, diverse movement of Indigenous and non-Indigenous people willing and able to advocate for curriculum reform in public schools.

The 1996 Report of the Royal Commission on Aboriginal Peoples called for a renewed relationship between Indigenous and non-Indigenous peoples but because its recommendations were largely ignored we can only imagine what Canada would look like today if it had been taken seriously. Now, almost 20 years later, there is another report, another opportunity.  As Commissioner Sinclair said at the closing of the TRC in June, now that we’ve been shown the way to the top of the mountain, it is up to us to do the climbing. It is up to us to work collaboratively, collectively to realize the reconciled, respectful relationship envisioned by the Commissioners. For KAIROS, the choice is clear.