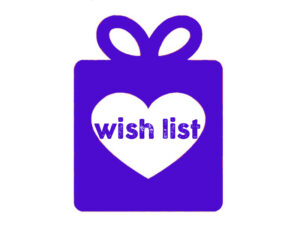 As Canada continues to grapple with the COVID-19 pandemic, we recognize that we are in a ‘kairos’ moment. In that spirit, KAIROS Canada wishes the following in 2021…

That the Canadian government, provinces and territories:

That the Canadian provinces and territories continue to work towards:

That the Canadian government:

While the COVID-19 pandemic commanded the attention of all governments in 2020, it put into sharp focus the urgency of addressing chronic problems, including migrant worker abuses, gender-based violence, global conflict and environmental degradation. KAIROS’ longstanding wishes remain more pressing than ever!

Many of our 2020 wishes are carried over to 2021. There have been a few encouraging developments and one notable disappointment.

Following an election promise, the federal government introduced Bill C-15 to ensure that the laws of Canada are in harmony with the United Nations Declaration on the Rights of Indigenous Peoples. Bill C-15 builds on Bill C-262, a Private Member’s Bill that the House of Commons passed in 2018. Bill C-262 had broad public support, including that of grassroots Indigenous peoples, but it died on the Order Paper in the Senate. We hope that Bill C-15, which the government tabled late in the year, becomes law in 2021 after careful review from Indigenous peoples.

In late October, the Minister of Foreign Affairs announced $14.9 million in new funding for women peacebuilders globally, with $5 million of that targeted at grassroots organizations. KAIROS welcomed this announcement, after having called for increased funding to local women peacebuilders and human rights organizations for several years. More must be done, however. Canada must increase its overseas development assistance to closely match the international standard of 0.7 percent of national wealth. Canada must concurrently develop mechanisms to ensure that this funding reaches local women-led grassroots organizations, including support for their recovery and transformation efforts in response to the pandemic. To do so this funding must be accessible, flexible, predictable and long-term.

In November, we were also encouraged when the federal government introduced Bill C-12, an Act respecting transparency and accountability in Canada’s efforts to achieve net-zero greenhouse gas emissions by the year 2050. For the Love of Creation, of which KAIROS is a member, recognizes the Bill as a significant milestone in the development of our nation’s climate policy. The Bill requires strengthening, such as moving the first target from 2030 to 2025 and aligning it with Bill C-15. KAIROS will follow Bill C-12’s progress with great interest.

We were also pleased when Environment and Climate Change Canada announced A Healthy Environment and a Healthy Economy, which, among other things, acknowledges that its national emissions goal of 30 percent below 2005 levels by 2030 is too low, pledging to exceed this target, placing Canada in the range of 32 to 40 percent. While this pledge to do better is laudable, KAIROS urges Canada to commit to a 60 percent target, its fair share in the global community.

Nowhere has COVID-19 been felt more acutely than among foreign migrant workers. In the summer, the federal government made several funding announcements to improve their working and living environments, particularly those in the food sectors. As welcome as those announcements were, they do not address the gross inequities of Canada’s Temporary Foreign Workers Program, which COVID-19 amplifies. Indeed, on August 4, Employment, Workforce Development and Disability Inclusion Minister Carla Qualtrough acknowledged: “COVID definitely shone a spotlight on cracks in the system. This whole program needs an overhaul.”

On August 14, the federal government announced that it will grant permanent residency to some asylum seekers who cared for patients in hospitals and long-term care homes at the height of the pandemic. Yet it continues to keep permanent residency off the table for farm and meat processing workers and domestic caregivers. KAIROS joins the Migrant Rights Network in advocating for Status for All and Landed Status Now, specifically calling on the federal government to immediately grant permanent resident status to all undocumented persons and, in future, to all migrant workers upon arrival.

Unfortunately, there was a notable backslide in 2020. Our call for Canada to empower its Canadian Ombudsperson for Responsible Enterprise (CORE) to investigate allegations of environmental and human rights violations by Canadian companies and their subsidiaries was flatly rejected by the Minister of Small Business, Export Promotion and International Trade. This decision was made despite a Canadian Network on Corporate Accountability (CNCA) e-petition, signed by more than 6,000 people, including many from the KAIROS network, to grant such powers. KAIROS will continue to work with the CNCA in advocating for corporate accountability through an empowered CORE.