Family Separation Affects Children of Migrant Workers in Canada and Around the World. Children at a 2008 rally in the Philippines in support of the rights of migrant workers and their families.

Family separation is one issue being explored at the United Nations in New York, October 1-5, as migrants and their allies converge to discuss how to help decision-makers understand that justice must be part of any discussion on migration issues.

Connie Sorio is at the UN on behalf of KAIROS. She’s with more than 90 delegates from around the world who are participating in the 4th Churches Witnessing with Migrants (CWWM) consultation. Connie joins other Canadian church representatives, including Rev. Michael Blair and Khwaka Kukubo of the United Church of Canada, Rev. Stuart Leyster from the BC Conference of the United Church, and Bern Jagunos, a retired UCC staff member. On the first day, KAIROS’ ongoing work in helping to organize the CWWM was publicly acknowledged!

This gathering is part of a series of events that include the UN High Level Dialogue on Migration and Deployment and the 4th International Assembly of Migrant and Refugees. Saul Arellano, left, the son of a Mexican woman deported from the U.S., stands with an immigration activist at a meeting of the Congressional Hispanic Congress in Washington, DC on June 5, 2013. (Photo by Mitzi Macias) Voice of America. http://www.voanews.com/content/children-of-deported-push-congress-to-reunite-immigrant-families/1676082.html

In Canada, at least 400,000 temporary migrant workers enter the country every year[2]. Many of these workers are separated from their spouses and children for months or years.

One example of the impact of migration on migrant workers families is 14 year old, US-born Saul Arellano, who said in an interview with Voice of America, “It’s been 10 painful years … because many families are being separated, and that is not fair”. Saul’s mother was deported to Mexico in 2007.

[1] “Braceros” was the term used to identify Mexican “guest” workers in the Unites States in the first half of the 20th century. 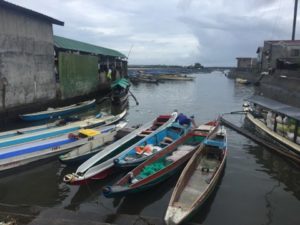