What impact will your Christmas donation to KAIROS have? 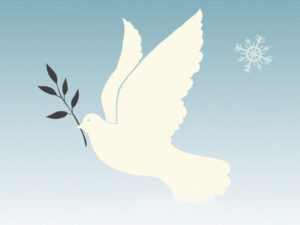 A significant one. Your donation to KAIROS’ Women, Peace and Security program will have 4X the impact!

Juan Rachael Michael Roberto and her colleagues are bringing women and youth together to implement an action plan to end violence and bring the peace process to areas most affected by the climate crisis. Your Christmas donation will support young leaders like Juan Rachael, the Advocacy Coordinator at the South Sudan Council of Churches, a KAIROS Women, Peace and Security partner.

“I advocate on issues of gender-based violence, the inclusion of women and youth in peace and governance, and on climate change. Thousands of South Sudanese affected by floods have no access to food and safe drinking water. In these areas of high conflict, we work with women on peacebuilding and conflict resolution while addressing the impacts of climate change. It is hard.” Juan Rachael

DONATE for 4X the IMPACT!

Juan Rachael and her colleagues believe that when women are empowered to participate more in the decision-making process, offered human rights training, and given a chance to play a role in ecologically sustainable development, they become an unstoppable force for change.

Every dollar donated to the Women, Peace and Security program or to one of the following partners will generate an additional $3 in matching funds from Global Affairs Canada:

Your Christmas donation helps connect grassroots justice-seekers around the globe.
Just last month, Juan Rachael joined the KAIROS/For the Love of Creation delegation to COP27 in Sharm El-Sheikh, Egypt with other Women of Courage: Women, Peace and Security representatives, Indigenous partners and youth from Canada. Together, they advocated for the meaningful participation of Indigenous peoples and people from the Global South, especially women, in decision-making regarding the climate crisis.

Tia Kennedy, from the Oneida Nation of the Thames and Walpole Island First Nation, also joined the COP27 delegation and helped facilitate the KAIROS Blanket Exercise as a  parallel event, open to all delegates.  Tia speaks of the connection between Indigenous women and the environment:

“As Indigenous women, we are very connected to Mother Earth and the waters, hence the abuse of the environment from extractive industries and fossil fuels has a direct correlation to the missing and murdered Indigenous women’s crisis in Canada and across the world. Fighting for environmental justice is fighting for women’s rights.” Tia Kennedy

“ I felt the hurdles and pain of those who came before me – their losses, not only of their land and water, but their identity. As a young African woman, this (KBE) spoke to me.”

You can also give a meaningful Christmas gift through the Gift of Sharing section of our website. We will send a loved one a card and, if you wish, include a special personalized message from you.