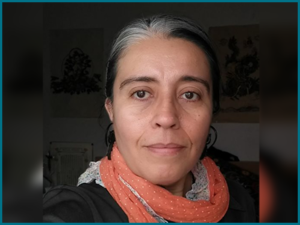 However, global action addressing gender-based violence and environmental linkages has been slow and unsustainable. November is the international campaign month for ending violence against women, with the International Day for the Elimination of Violence Against Women launching 16 Days of Activism from November 25th to December 10th, 2022 — commemorating International Human Rights Day. This year, KAIROS will again join the global 16 Days of Activism Against Gender-based Violence campaign, centering UNITEd! intersectional attention and action towards addressing all forms of gender-based violence. Today I want to invite you to a conversation about gendered violence against women and Mother Earth. Extractivism affects women and the environment, usually identified as feminine, motherly, and not masculine. But also today, we open up the conversation about the many ways in which we can UNITE! to fight against all forms of violence against women and the parts of the world that have been associated with the feminine, the women, the weak and fragile but strong and resilient, and everything else that’s different from the dominant masculine. I want to invite you to see through the eyes and lives of many women of the Global South leading projects, dreaming of a better world for them and their communities, fighting for their children and the children of the earth.

Women experience various forms of violence, some of which are particularly damaging. In fighting against extractivism, women face defamation and stigmatization, degrading their image in front of the community they belong to and damaging their families and social lives.  This form of violence affects women more than anybody else because women exist in close contact with their communities, working at the grassroots level, bringing their bodies and souls to the fight. And because of the social value of being a woman, this kind of violence degrades the value of a woman, not because it’s true (it never is) or because our value exists outside ourselves, but because women are constantly assessed and weighted against the unreachable expectations of ideals designed to limit and fragilize our power. We diminish and ignore the impacts of extractivism and violence against Mother Earth in favour of development and capital accumulation. The value of our planet’s resources is given in function to the utility they provide for economic development and capital expansion. Too late arrived the complaints, and too little was done to relieve the damage and repair the destruction. Who is going to raise their voice for Mother Earth? Women, most likely.