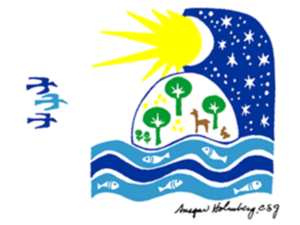 Sisters of the Earth Conference 2016

Sisters of the Earth Conference 2016

Sisters of Earth, an informal association of women committed to Earth Health and Sustainability, gathered this July in Los Gatos, California.  According to one long-time participant, “this was the first time there was a connecting of Earth Issues with Social Justice”.   Three women leaders from indigenous groups in Canada, U.S. and South America spoke on the powerful impacts from colonialism experienced both by their people and on their land.

Beata Tsosie-Pena from Santa Clara Pueblo in New Mexico and two of her elders shared their experience through the Trauma Rocks Exercise. The participant representing seven generations ago, experiencing the first traumas from colonialism, carried a bag of rocks. Fortunately, the participant also held a basket of traditional wisdom. As each subsequent generation experienced further trauma, the participant carried a new bag of rocks, added to the previous bag of rocks. By the present generation, the bag of rocks grew to a very heavy weight. The elders explained the experiences of trauma, as also recounted in the KAIROS Blanket Exercise. Miraculously, generations passed on the basket of traditional wisdom as well, a small piece of hope and reconnection with traditional life. However, much knowledge and wisdom had been lost, along with many hereditary spiritual leaders. This Exercise, while led by the women from New Mexico, brought to life the experience of all indigenous people.

The participants sat, filled with sadness and grief.

A new form of colonialism has emerged as state-approved resource extraction. Once more the people are being exploited and the land and its animal inhabitants are being devastated.

Melina Laboucan-Massimo of the Lubicon Lake First Nation, surrounded by the Alberta tar sands, talked of the 400,000 kms of Alberta oil pipe lines and of massive oil spills which sent volatile organic compounds into the river and land. Exposed to these hazardous chemicals, people have been experiencing serious health issues. Oil extraction has destroyed large areas of pristine boreal forest, and has led to the displacement and/or extinction of many animals.

Only 30 years old and a long-term activist, Melina risked her life at age 20 by speaking out.  Gradually, her truth is being heard, particularly through a Healing Walk which grew tremendously from local participation to international solidarity over five years.

Her people are working to keep traditions and wisdom alive, while entering a new age of energy sovereignty by building a solar energy system with youth trained in this skill. This initiative has nurtured community pride and the desire to share their learning by helping other communities develop solar projects.

For Beata, her people, near Los Alamos, have been exposed to nuclear radiation from a site building nuclear weapons and disposing nuclear wastes. She has worked hard to bring this danger to light and seeks solidarity from others against these life- and land-threatening practices.

She has also worked tirelessly with a women’s organization to help members regain knowledge of their traditional foods and wisdom, to reclaim seeds for planting again and to share and trade the traditional seeds with other indigenous groups. Healing their culture and rediscovering personal value and sacredness, particularly amongst women, is a further focus.

Birgit Weiler, a theologian working with two tribes from the Amazon region of Peru, spoke of the peoples of the Amazon very passionately. Although Spain’s colonial power over Peru ended, the internal colonial structures of power have remained untouched.  In contrast with colonial powers, people of the Amazon see the land as sacred, the place of their ancestors, their holy sites, their cosmo-vision, their religiosity. For those in power, and now for the extraction industry, the land is an object to be exploited. At this time, more than 80% of the Peruvian Amazon is divided into sections for concessions to be obtained by companies for exploration and exploitation of resources. All of this is being done without the participation of the local people. Birgit pointed out that if this continues, by 2021 the major portion of Amazonia will have collapsed. Hope comes in the fact that indigenous people are beginning to stand up and say, “We do not agree with the economic structure, progress and development as it exists.” They are calling the world to a new way of doing economy, a way of sharing and helping each other, very different from capitalism.

These stories of courage, vision and active transformation amongst people so oppressed and discounted changed the energy level at the gathering. Their stories of oppression, trauma and healing need to be heard more widely to help grow a wave of solidarity, and to lead to increased pressure on the powers of capitalism and colonialism and on governments allowing these injustices to continue.  These issues are well-known to KAIROS. One can only hope that the programs begun by KAIROS will be supported by more and more persons.

Sister Mary-Ellen Francoeur at the Sisters of Earth Conference

Mary-Ellen Francoeur is a Sister of Service with a background in clinical psychology and spirituality.  For many years she has been studying and reflecting on ecospirituality/cosmology with implications for ecojustice. Our relationship to the Earth and to the evolution of the cosmos, recognizing their sacred dimension, is now the basis for all aspects of her life.