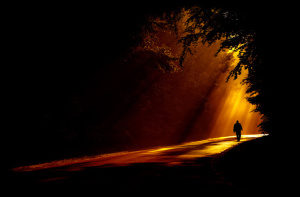 Many Christians have read and sung the story of Zacchaeus, the rich tax collector, who encountered Jesus from the branches of a sycamore tree. This short New Testament story speaks volumes to the church about the importance of a just distribution of wealth in our world.

Zacchaeus had grown very wealthy by taking advantage of his position of tax collector. No doubt he had cheated people along the way, after all, that’s just the way business was done. The power of the Roman Empire backed up his enterprise. But for some reason, Zacchaeus was interested in seeing and hearing Jesus. His encounter with Jesus was transformative; it gave him a new commitment to economic justice. Zacchaeus volunteered to give half of his wealth to the poor and to pay back anyone he had defrauded four times the amount he took unfairly.

Jesus response was, “Today salvation has come to this house, because he too is a son of Abraham. For the Son of Man came to seek out and to save the lost.”(NRSV, Matthew 19:9-10) Jesus accepted Zacchaeus’ repentance and his self-imposed penitence as signs of his salvation.

This story challenges us today to consider how just our society’s economic system is and the role we play in any injustices. In recent years, the rich have grown richer and the poor and not-so-poor have grown poorer. In an on-line analysis article for CBC News/Business (Sept. 08, 2016), Don Pittis described how over the last few decades, changes in the distribution of wealth in North America have favoured the rich over the middle and lower classes. Pittis describes how Jacob Hacker and Paul Pierson, in their book “Winner-take-all Politics – How Washington Made the Rich Richer and Turned its Back on the Middle Class”, illustrate that the distribution of wealth has been impacted by business lobbyists successfully lobbying governments for polices which favour the rich.

Pittis goes on to quote from an e-mail from Hacker saying, “It’s become increasingly clear that growing inequality isn’t just a problem of fairness. It also threatens the functioning of our democracy and the dynamism of our economy.”

Regarding the functioning of democracies, we can see the threat in Western democracies today due to economic downturns and challenges. Many middle-class voters are angry at the impact of free-trade zones and the economic union in Europe as well as other government policies that have affected their jobs and purchasing power. As job losses mount, people are looking for someone to blame. In Britain, angry citizens surprised their government by voting to leave the European Union. This may lead to Scotland voting to leave Great Britain. Today, many angry voters in the US are supporting someone who promotes conflict, espouses racism, brags about sexually assaulting women, and spews hatred for anyone who opposes him. They are supporting him because he promises to address issues on their agendas including free trade and immigration which they believe are taking their jobs away. So much hatred and intolerance has been ignited that it is hard to believe that this will die down after the election. These types of angry voters are destabilizing Western democracies and the full impact is yet to be felt. Some believe that this type of hatred and fear is simmering on the back burner in Canada as well (see Catherine Tunney’s online article posted in CBC News on September 16, 2016 titled “John McCallum acknowledges internal Liberal debate on immigration file”).

The impact of a fair distribution of wealth on the dynamism of our economies is easily understood as one considers the economic impact of the spending by middle and lower class consumers. If the vast majority of people have to tighten their purse strings, then economic growth will be a challenge and anger can easily come to a boil.

Churches are places where all economic classes are represented and are in dialogue. Churches are also places where Jesus’ teachings of loving our neighbours should lead to a desire for economic justice for everyone in our society. Surely then, churches should be a good place to consider how we can be inspired by Zacchaeus to put God’s call for economic justice into actions that lead to fairness as well as increased political and economic stability in our societies.