Spirited Reflection: The virtue of justice 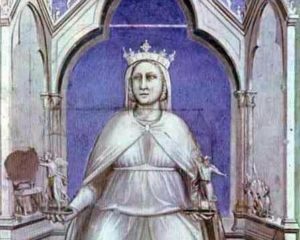 Justice is one of the four cardinal virtues identified by the philosophers of ancient Greece.  These four virtues (wisdom, justice, courage and temperance) were adopted by Christianity and placed into the traditional list of seven Christian virtues along with the three New Testament virtues of faith, hope and love.  Thomas Aquinas, an influential early Christian theologian, places justice at the top of his list of what he calls “moral virtues.”

Justice is certainly a key concept in the bible; we could argue that justice is the cardinal virtue most frequently praised in the scriptures.  The exercise of justice is eminently important; certainly much more important than the practice of religious ritual.  The most dramatic statement about this is given by the prophet Amos who speaks the word of God by saying, “I hate, I despise your festivals, and I take no delight in your solemn assemblies. Even though you offer me your burnt-offerings and grain-offerings, I will not accept them… Take away from me the noise of your songs; I will not listen to the melody of your harps.  But let justice roll down like waters, and righteousness like an ever-flowing stream.” (Amos 5:21-24)

The priority of justice carries on as a theme throughout the bible, playing a prominent role in the teaching and ministry of Jesus.  We see it, for example in the parable of the Good Samaritan.  The church minister and director of music were too busy in attending to their solemn assembly and noisy songs, while the Samaritan did the right thing in helping the person who was hurt by the side of the road.  The Samaritan showed kindness and humility, but above all, he exercised justice; he did the right thing.  The bible is saturated with the justice theme.

The core story of the bible is the story of oppressed people who go through a revolution in which they strive for liberation / salvation / abundant life by trying to build a just society in keeping with the purposes of their good and loving God.  The escape from slavery in Egypt was in fact a revolution mounted by Hebrew slaves, perhaps actually in Egypt and otherwise certainly in the hill country of Palestine.  Once free from the oppressive rule of the Egyptians, these revolutionaries, originating from several tribal groups, organized themselves into an egalitarian confederation ruled by an elaborate set of guidelines and laws designed to keep them independent, safe and free.

This entire legal code has been preserved in the books of Exodus, Leviticus, Numbers and Deuteronomy.  Perhaps the most remarkable part of this legal code is the section dealing with the periodic re-distribution of wealth, forgiveness of debts and restoration of the land.  Such equalization was mandated to happen at the end of seven-year cycles and in a very dramatic restoration after seven seven-year cycles, i.e. in the 50th or “Jubilee” year.  The idea here is that in the natural course of human economic activity, the land gets exploited, gaps between rich and poor are created and grow larger, some people end up in horrible debt and slavery; so all of such unjust developments must be turned around.  The land needs a breather and equity must be restored.  This is the basic biblical view of social justice and it permeates the preaching of the biblical prophets, the work and words of Jesus, the ethos of the New Testament church and biblical ethics of personal spirituality

Jesus was inspired and motivated by the biblical vision of Jubilee.  According to Luke, in his inaugural sermon, Jesus more or less announces the launch of a Jubilee: “The Spirit of the Holy One is upon me, God has anointed me to bring good news to the poor; sent me to proclaim release to the captives, to let the oppressed go free… and to proclaim the Jubilee year of God’s favour.” (Luke 4:18-19)   Subsequently the teaching and ministry of Jesus is laden with themes and initiatives that resonate with Jubilee justice.  In the New Testament, Jesus is portrayed as a Just One (the Just One).  But to be a champion of justice in a world full of injustice is an exceedingly challenging task.  Striving for justice often seems to be a losing battle.  The just ones get bowled over by the bullies; they are ignored; they are ostracized; at worst they get crucified.  In spite of the bullying and even the crucifixion, Jesus does not abandon the pursuit of justice; and followers of Jesus believe that justice cannot be wiped from the face of this earth.  Jesus lived and died with an unwavering commitment to divine justice; and when we do our best, in all sincerity, to make the same commitment in solidarity with Jesus, even though we are bound to fall short, the grace of God will see us through.

Sincere Christians cannot be cynics when it comes to social justice, economic justice, racial justice, gender justice, aboriginal justice, climate justice or any other sort of justice.   We believe in justice; we pray for justice; we strive to incorporate the virtue of justice within ourselves, our families, our communities; we work for justice in the world around us; we celebrate justice whenever and wherever it is brought about.

– condensed from the second in a series of reflections on Christian Virtues by Hans van Nie (recorded at http://www.ryru.ca/content.cfm?id=3188)

Hans van Nie is a seasoned United Church Minister serving at Royal York Road United Church in Toronto. His education in Religious Studies, Music and Scripture Studies led him to teaching in a small divinity school in Kenya for several years.  Upon returning to Canada and following ordination, Hans served congregations in Maritime Conference, Hamilton Conference, and Toronto Conference.  Over the years, Hans has maintained a connection with global ministries, is also a member/investor in the global banking cooperative Oikocredit, currently serving on its International Members’ Council.