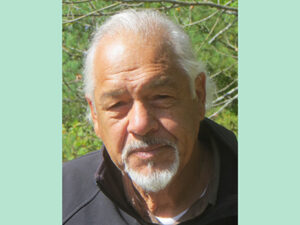 Albert Dumont has served his community on the Grandparents Counsel for Well Living House, St. Michael’s Hospital, Toronto since September 2017. He was one of 13 Elders on the Elders Advisory Committee of the Ministry of the Attorney General from October 2016 to 2020. He worked as Elder for the Parole Board of Canada at Elder Assisted Hearings from November 2013 to March 2017. He was employed by Correctional Services Canada for three years as a spiritual advisor for the Aboriginal men incarcerated at Millhaven Institution’s J Unit located near Kingston, ON.

He is an activist, a volunteer and a poet who has published 5 books of poetry and short stories. In recognition for his work as an activist and volunteer on his ancestral lands (Ottawa and Region) Albert was presented with a Human Rights Award by the Public Service Alliance of Canada in 2010. In January 2017, he received the DreamKEEPERS Citation for Outstanding Leadership. Albert has dedicated his life to promoting Aboriginal spirituality and healing and to protecting the rights of Aboriginal Peoples particularly those as they affect the young.