Spirited Reflection: Leave something for the stranger 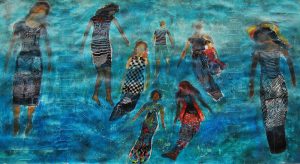 He said, “Honour your father and mother”.

The question came out of the blue, as did his answer. I was in South Africa and had been interviewing people about migration, xenophobia, recent attacks against African foreigners, and the work of the churches and faith-based organisations in creating a cohesive South African society. This is against the back story of migration from across Africa and the world. People fleeing war, persecution, torture, hunger, economic collapse, or natural disaster in their home countries have journeyed long and far under harrowing conditions to create lives for themselves and their families in South Africa.

Many others journey north and risk their lives in the attempt to cross the Mediterranean Sea into Europe. Canada, with oceans on either side, and with the United States at our southern border, is relatively inaccessible for people to come to on foot. But as I write, Seidu Mohammed is speaking softly on the news, how he and his companion trekked desperately through deep snow and frigid -18 degree temperatures for hours from the US/Canada border in Manitoba, before being picked up by a truck driver who saved their lives. They sustained severe frostbite that will result in the amputation of his fingers.

In this ‘age of migration’, as millions of people from Africa, Syria, Asia, Mexico, and other regions are uprooted in this way, the question of what it means to be human in the face of the magnitude and complexity of migration confronts us, as both migrants and hosts.

On the afternoon of this interview, Bishop Malusi Mpumlwana, General Secretary of the South African Council of Churches, spoke about the needs and tensions around migration in South Africa in terms of holiness. He rooted holiness in immediate, specific and practical realities of life, and in what it means to be the image of God in encounter with another human being. He related how the first thing God says is honour your father and mother, then, don’t harvest everything in your field – leave something for the stranger, and don’t put a stumbling block in front of another person. Holiness and love go together. And God is also powerful, so if we are in the image of God, we are given power and responsibility to act on this love.

As simple as it is, the Bishop’s comment to my son was not so out of the blue. In relation to the complex phenomenon of migration, it held the core. Created in the image of God, love is part of our image, as is honour and responsibility toward not only our mother and father, but also to one another as human beings. In honour for one another, there is the image of God who says “Be holy because I am holy”.

Dr Karen Buckenham is a Canadian and South African theologian, activist and writer now based in Niagara. A former Director of Pietermaritzburg Agency for Christian Social Awareness, and former Research Director of the Centre for Community Justice and Development in South Africa, she is currently working on a book on migration, theology, social cohesion, and the work of faith communities in KwaZulu-Natal South Africa, work begun as a Visiting International Fellow at the Jesuit School of Theology in Berkeley in 2015-2016.