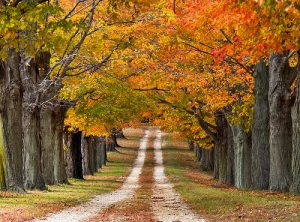 3:1 In those days John the Baptist appeared in the wilderness of Judea, proclaiming,

3:2 “Repent, for the kingdom of heaven has come near.”

3:3 This is the one of whom the prophet Isaiah spoke when he said, “The voice of one crying out in the wilderness: ‘Prepare the way of the Lord, make his paths straight.’“

I still remember the smell of dust from the Arizona desert.

In October 2016, I travelled to Arizona with a delegation from the World Student Christian Federation to learn about the Borderlands of US and Mexico. For ten days, our group learned about the experiences of migrants seeking life by crossing the border. As I reflect on my experience, a moment stands out for me.

On our third day, we travelled to the border city of Douglas, Arizona and met with Joca, a coordinator working with the Presbyterian border ministry, Frontera de Cristo. She brought us to the border wall. We stood before a barrier made of tall, metal girders. Each girder were spaced evenly apart showing glimpses of the Mexican homes on the other side. As we travelled along the border, Joca shared with us the history of the wall, the history of the once-communal relationship between Douglas and the neighbouring Mexican city of Agua Prieta, and described some of the militarized tactics Border Patrol has adopted.

For our final part of our tour, we stopped before a hill where the wall diminished into a post and wire fence. As I climbed the slope, I began to feel with my body the reality of what I was there to learn. When our group reached the peak of the hill, we were deafened by the desert wind. I arrived at this tension– I stood at a border having just learned about the military tactics used to separate families and harm vulnerable people trying to escape danger and yet, as I surveyed the expanse of desert, I thought the view was magnificent. As a Canadian citizen, I never truly considered the politics of this borderland before, and it was only then, when I felt it with my feet that I could finally acknowledge the suffering that was once invisible.

I’m approaching this season of advent in tension– I think we all are. With the passing of the US presidential election, there’s a new charge in the air. North America has entered a time of unveiling– a time of bringing the invisible to light. The precipitation of latent hatred, violence against minorities spurred on by a presidential figure, the exacerbation of systems of injustice. What do we do with all of this?

In the quiet, the exhortation of John the Baptist begins to echo in my mind – “Prepare the way of the Lord, make his paths straight.” As I learn more about the role of the peacemaker, I hold onto the notion that in certain times, conflict escalates in order to address the substantive needs of victims and oppressors. I’m growing convinced that preparing the way is no longer just a call to posture ourselves to receiving the spirit of the advent season. Preparing the way is a call to bring into consciousness the broken systems of the world just as John the Baptist had done. It’s a call to uproot hidden demons so that they may be brought into the light. It’s to show that in the chaos, there is a grander, more moving reality of love and peace.

As darkness and evil begin to flare, we rest knowing that all of it will be illuminated. We wait in anticipation– the kind of waiting that demands we do more than twiddle our thumbs. We wait in hope for shalom. That in the long breath of the promise to the world, everything will be restored. So with our hands and with our bodies, we resist. We summon the wind and we drag the darkness of this world by its shirt collar out into light.

So as we head deeper into the advent season, and as we wait in the dark places, may you wait in anticipation and with activity, and hold hope in the light already present in our world.

Matthew Morales is an artist, writer and graduate student. He recently completed an undergraduate program at the University of Toronto and Sheridan College in Art & Art History, and Professional Writing and Communication. Matthew is currently in the first year of his Masters program in Peace and Conflict Studies at the University of Waterloo. You can follow him on Twitter: @matt_moreless