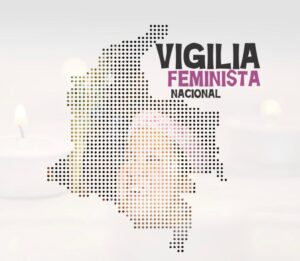 The Organización Femenina Popular (OFP), as part of National Territorial Agendas for Women, Peace, and Community, has organized a national feminist vigil that will take place today, Monday, May 31 from 4:00pm – 7:00pm CST across Colombia.

In their statement on the vigil, women-based organizations in Colombia call for:

KAIROS supports today’s feminist vigil and their demands. The Government of Colombia must address the deep inequities that the people of Colombia are facing and for which they are demonstrating and commit to systemic transformation as being called for by Colombian civil society—including women and gender-based groups and organizations.

Further, KAIROS continues to insist to the Canadian government that it can be a more vocal and stauncher defender of women, peace, and security in Colombia, particularly in the context of a feminist foreign policy.

The official statement of today’s National Feminist Vigil follows in English. The original statement in Spanish can be accessed as a PDF.

“To bet on peace despite violence, is to ask for justice despite the threat; it is live despite the uncertainty; it is to cultivate despite exile; it is to reconcile despite the pain; it is, ultimately, to continue defending life despite life itself” (CPT, 2021).

With heartache due to what we are living, it strengthens us to know that we weave together and that, from many territories and in our diversity, we, women, find ways to continue believing that this country moves towards peace and protects the dignity of all people. We light a candle to focus our energies and thoughts, convinced of the power of the word, of dialogue, and of feminist political practice to strengthen democracy—with the care of life as an inviolable principle in social protest and the building of trust as an indispensable foundation for this emerging world. We agree with and add to the points that many feminists propose.

Therefore, we increase our requests that negotiations take place with all the social and political forces of the country that are mobilized in the context of the national strike, with the help of the international community, including the women’s and feminist movements.

We call for the immediate demilitarization of cities, territories, and the lives of Colombians, the repeal of Decree 575 of 2021, and compliance with the constitutional ban on creating, promoting and tolerating armed civilian groups organized for illegal purposes of any kind, including so-called self-defense groups, paramilitaries, as well as their support networks, structures or practices, security groups for illegal purposes or other equivalent denominations (article 22a CP). We further call on the social protest to allow medical and humanitarian missions and continue to act within the established framework of respect for human rights, life and dignity of all citizens and public forces.

We demand clarification, investigation, justice, and reparation for the serious violations of human rights by the Public Force in the context of the protests and the immediate resignation of the Minister of Defense; as a preliminary step, we support the urgent visit of the Inter-American Commission on Human Rights, as well as the comprehensive protection of women human rights defenders and social leaders. Security reform must be approached from the point of view of human security, which recognizes that at its bases are the guarantees of a life free of fear and the freedom to live in dignity, and the role of armed forces is to guarantee human rights. And there must be genuine implementation of the Final Peace Agreement and especially those with a human rights and gender-based focus.

We need agreements to confront the profound inequities that exist in the country—between territories, between ethnic groups, racialized bodies, between diverse identities—with particular emphasis on gender inequity, on the protection of rural women and territories. Implementation of an emergency plan to address the effects of economic precarity of the Colombian population, in particular women disproportionately affected by the pandemic and gender-based violence.

Universal Basic Income must be a reality, prioritizing women in all their diversity, especially those mostly affected by the effects of the pandemic; the implementation of economic guarantees must be done quickly so that women have resources available to them and the initiation of strategies must take shape, such as the social and solidarity economy and the implementation of the National Care System. Effective women and gender equity public policies are key, with budgets and institutional mechanisms that make the changes sustainable.

We, women, are in vigil! 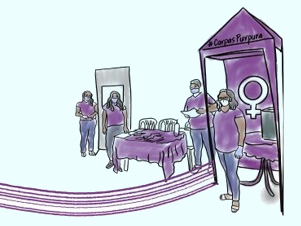 KAIROS denounces the harassment by armed actors against the OFP 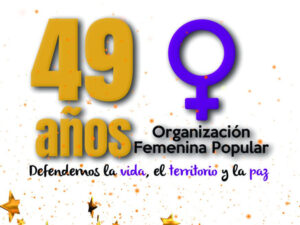 Congratulations to the OFP on their 49th anniversary 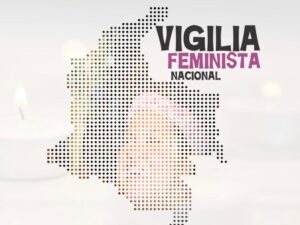