My journey at KAIROS and the MERE Hub: A Humber College summer intern 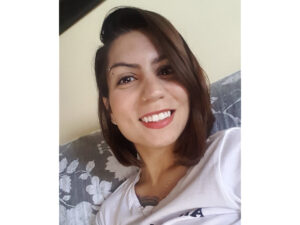 My journey began back in March when I was able to listen to a riveting presentation about the Wet’suwet’en people, free, prior, and informed Consent, and the gendered impacts of resource extraction from KAIROS staff in one of my classes. While I had been studying international development for several months, at the time of this presentation, it did not occur to me to think of the extractive industry and its role in development.

Canadian companies are responsible for most mining businesses around the world, and Canada is home to more than half of the world’s mining company headquarters. This large centralization within Canada is due to local tax incentives and federal regulations making it an enticing choice for corporations to establish mining operations.

However, with all of these operations and incentives, Canadian companies have a great responsibility, and the next part of my journey was the realization of how poorly Canada behaves in this domain. The Government of Canada has failed time and time again to hold Canadian companies to account, appearing to continue to allow human rights violations worldwide at the hands of the extractive sector.

I learned about violations such as the “Lote Ocho” case. Open Global Rights reports that 11 Maya Q’eqchi’ women allege that in 2007 they were raped and sexually assaulted by private security guards from Skye Resources Inc., a subsidiary of Hudbay Minerals, a Canadian mining company.

Furthermore, corporate social responsibility (CSR), a form of self-regulation by private companies as a promise to conduct business in a responsible manner, is not a legal obligation. Who then becomes accountable when a case is deemed inadmissible to be tried in a Canadian court room because the alleged act has not occurred here nor has occurred at the hands of a parent company? Making matters worse, what happens when these abuses occur in countries with weaker local laws and where impunity is more rampant?

Throughout the past several months I have had the privilege to learn about the impacts women experience due to resource extraction and hear first-hand accounts from Indigenous women land defenders who work tirelessly to protect communities and the environments from those impacts. This journey has led me to advocacy as a way to address business human rights violations.

While CSR may seem like a happy medium for the extractive development sector operating abroad, self-regulation has been shown not to be the answer. The Government of Canada must regulate the Canadian extractive sector by enacting comprehensive mandatory human rights due diligence (mHRDD) legislation. Mandatory HRDD legislation would require Canadian companies to implement processes to lessen or eliminate the risk of human rights violations across all operations and supply chains abroad.

Through mHRDD legislation the government can prevent and ideally eliminate existing adverse human rights impacts caused by companies based in Canada and doing business overseas.

Furthermore, Canada must work towards empowering the Canadian Ombudsperson for Responsible Business Enterprise (CORE) with investigatory powers so that global human rights abuses at the hands of Canadian companies operating globally can begin to be rectified. The CORE, as its the office’s mandate stands, cannot address or redress human rights abuses linked to Canadian companies and their subsidiaries.

I encourage you to sign the e-petition to the House of Commons calling on the Government of Canada to empower the CORE and enact mHRDD legislation. KAIROS and the Canadian Network on Corporate Accountability (CNCA), to which it belongs, are trying to collect 4,000 signatures by September 1st.

My journey at KAIROS and with the MERE Hub, will soon end, but not without great growth. The MERE Hub reminds me that the solidarity of many women, coming together across the world, has a loud roar. Although short, my journey here with KAIROS has been a humble one.