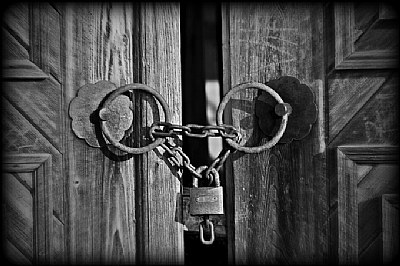 Charmila Ireland is a Master of Divinity student at Knox College, a member of Knox Presbyterian Church in Teeswater, Ontario, and a former intern at Project Ploughshares.

It has been a busy few weeks in the church. Palm branches were laid, feet were washed, tears were shed, and we cried out that Christ is risen. Now that Easter has passed, it is time to step back into day-to-day life. We go back to struggling to live a Christian life, trying to remember the lessons of sacrifice and all-powerful love and grace that we learned. The disciples had an even greater dilemma: Mary Magdalene has told them that Jesus is back. What are they to do?

Most people are familiar with John 20:19-31 because it’s where the phrase ‘doubting Thomas’ comes from. I’ve never thought that was particularly fair, especially when you consider the actions of all of the disciples. The disciples were together, afraid, in a locked room, when Jesus showed up. He immediately says, “Peace be with you” and proves to them that he is the same man that was crucified. He then says, “Peace be with you! As the Father has sent me, I am sending you.” That’s pretty amazing. The disciples, who were hiding in fear behind a locked door, were told by Jesus (a man that had just come back from the dead!) that they have received the Holy Spirit and are being sent to forgive sins (or not), as they see fit.

The disciples had left their homes and families. They had learned from and followed Jesus, believing in him and his promises. Until one day, he is killed like a common criminal. Everything they believed in fell down around them. The man they believed was the Son of God is dead. They hid themselves away. It must have been a bleak time.

Then Jesus returns, proving to them that he was indeed the Son of God! And he sent them out, with the Holy Spirit. What would you do in this situation? I like to think that I’d…. go out and do what he said. But what do the disciples do? Jesus comes back an entire week later to the same house, and it’s still locked!

Why was that door still locked? They knew Jesus was back and wanted them to continue their ministry, yet they remained. Our “Aha” moment is found when Jesus gets through a locked door the second times and says to Thomas, “stop doubting and believe.” Is Thomas his only intended audience? Perhaps it was doubt that kept the disciples locked inside a room. Jesus has breathed the Holy Spirit into the disciples, but they did not go forth. Maybe they doubted their abilities to do what Jesus asked. It was a big task Jesus was asking them to do. They would have to go out into the world, the same one that had crucified Jesus, and tell people a completely radical message of equality, love, and salvation. For many of the disciples, their fears were grounded. For daring to go out into the world, telling people that Christ was risen and spreading the Gospel, it seems that all but one of the apostles died as a martyr. Countless apostles and believers were killed during the first years of the Christian church, and countless more still die today for their faith. Is it any wonder that the disciples stayed an extra week where it was safe? Yet even though the door between them and Jesus was locked, it could not keep Jesus out. He asks them to put aside their doubt and to believe in God’s power and the Holy Spirit.

The disciples were not the only ones who were locked in because of their doubt. We are faced with doubts every day. Sometimes those doubts keep us locked in, afraid of the world outside. But Jesus can make his way to all of us, regardless of how high our walls of doubt are and how firmly locked the doors may be.

The disciples are not the only ones sent forth. Jesus has come to us, passing through those locked doors of doubt and fear. He finds a way to us, and sends us all out into the world to be His hands and feet. He has given us a job and his blessing. Jesus went on an incredible, painful journey, all to bring us hope and reconciliation with God. He asks us to stop doubting and believe. To go forth, and believe in him enough to do his will. He is asking not for a passive faith, but for one that sets us free. He is asking us to do difficult things, like in Acts 4:32-35, where the apostles show a radical generosity and solidarity that is practically unheard of today. Jesus is asking us to believe that we are worthy. That we can be brave. That together, we can be strong. What is Jesus calling you to do?

The disciples did unlock the door. They went out, spread the Gospel and founded the Church. Their path wasn’t without pain, or fear. In the end, they lived and died as martyrs. Stepping out of our own locked rooms can be painful too. Unlocking that door can mean confronting those voices inside you that tell you that you’re not good enough. It can mean being ridiculed or persecuted. But there’s another voice; one that is telling you that you are good enough. That you are loved. That you can make a difference. When the disciples locked themselves in the room, Jesus got in anyways. Jesus always gets in, and He wants us to get out, to break free, and to “stop doubting and believe.”