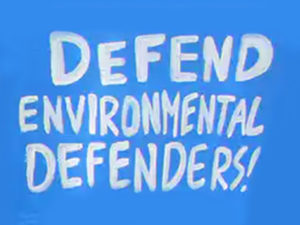 In response to the killing of human rights defender Ángel Estuardo Quevedo on July 12, 2018 in the municipality of Santa Rosa de Lima, Guatemala,   KAIROS has joined over 60 civil society organizations from across Canada and the United States in signing-on to a letter to Guatemalan Attorney General María Consuelo Porras Argueta.  Estuardo Quevedo was a member of Resistencia Pacífica de Santa Rosa, Jalapa y Jutiapa (Peaceful Resistance in Casillas), a group that makes visible community resistance to resource extraction  and that met with  KAIROS’ Seeds of Truth youth delegation last August. Much of Estuado Quevedo’s  work involved drawing attention to the Indigenous rights violations committed by the Escobal silver mine, a Canadian mining investment project, owned by Tahoe Resources. While alarming, the killing of Estuardo Quevedo is not an isolated incident. There has been an increase in the number of violent attacks against life and land defenders and journalists in Guatemala. Over a span of four days in early May, for example, three human rights defenders—Luis Arturo Marroquin, José Can Xol, and Mateo Chamán Paau—were killed.

The letter,  initiated by CAMIGUA, a coalition of US and Canadian-based solidarity and advocacy organizations working in support communities affected by mining in Guatemala, outlines an alarming situation in which members of Peace Resistance in Casillas, like many other life and land defenders in Guatemala, are being surveilled, targeted, threatened, intimidated and killed for their work on land, territory, and environmental issues. Along with several Canadian and U.S. civil society organizations, KAIROS calls Attorney General Porras Argueta to:

The letter also urges Guatemalan authorities to, in accordance with the group’s wishes, guarantee the safety of other members of the peaceful resistance movement of Santa Rosa, Jalapa and Jutiapa

Read the full text of the letter.