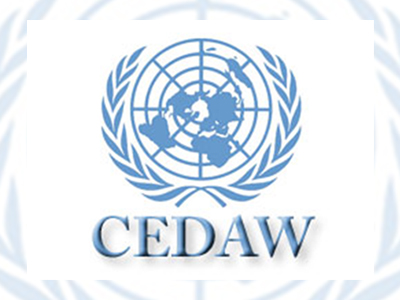 The recent acquittal of the man accused of Cindy Gladue’s murder sparked protest rallies across the country as many people saw the decision as yet another example of how Canada’s justice system is failing Indigenous women and girls. While news that prosecutors are appealing the decision was well received, the tragic circumstances surrounding the death and trial of the 36-year old mother of three highlighted flaws in the way Canada responds to violence against Indigenous women and girls – flaws that are made abundantly clear in a recent report from the United Nations Committee on the Elimination of Discrimination Against Women (CEDAW).

CEDAW’s groundbreaking report is the most explicit international rulingto date on this issue and has found that the federal government’s ineffective response to the violence experienced by Indigenous women in Canada is a “grave violation” of their human rights.

According to the expert committee this violence, which includes  the high number of disappearances and murders and is characterized by its severity, is caused by the Government of Canada’s failure to address systemic factors that leave many Indigenous women socially and economically marginalized and vulnerable.  As examples, the committee points to the ongoing impact of residential schools, colonial stereotypes that devalue Indigenous women, and gender discrimination in the Indian Act. Overrepresentation in the child welfare system, correctional facilities and prostitution, are three outcomes identified by the committee of the historic trauma and socio-economic marginalization of Indigenous women.

The CEDAW report explains that this marginalization is compounded by a climate of impunity. The justice system does not afford Indigenous women the same protections as other Canadians, and where Indigenous women are concerned there is a lack of communication and responsiveness, low prosecution rates and mistreatment of Indigenous women witnesses and victims.

CEDAW’s recommendations represent an opportunity to address this epidemic of violence and KAIROS is profoundly disappointed with the federal government’s initial response which rejects CEDAW’s call for a national inquiry and action plan and disagrees with the committee’s finding that there have been grave violations of rights.

According to a joint statement released on 26 February 2015 by the Women’s Legal Education and Action Fund (LEAF), a review of 58 studies shows a “… strong consensus about the root causes of this violence; it is a sociological issue.”

Similarly, the government’s position that no further study is needed ignores the over 700 recommendations in these studies that have not been implemented. As the LEAF report states, a public inquiry could “ascertain the extent to which these recommendations have been implemented, and to identify and address obstacles to implementation. Such an inquiry could also provide the basis for future informed and coordinated inter-jurisdictional action on this issue, which is based on credible evidence.”

CEDAW lists 38 recommendations ranging from anti-poverty initiatives developed for Indigenous women to public education that acknowledges and addresses the disenfranchisement of Indigenous communities.

KAIROS calls on the federal government to begin immediately to work with Indigenous women’s organizations, families of missing and murdered women, and their allies on a meaningful, coordinated and sustained response to the CEDAW recommendations; a response that addresses the systemic causes of this ongoing violence and the impunity surrounding many of the cases.