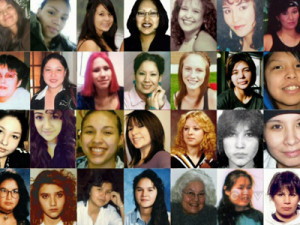 KAIROS welcomes the federal government’s decision to collaborate with Indigenous peoples on an inquiry into missing and murdered Indigenous women and girls in Canada. It is fitting that in the midst of 16 Days of Activism to end Gender Based Violence (November 25-December 10), and immediately following the 26th anniversary of the Montreal massacre, Canada would announce a process with the intention of ending the vulnerability to violence of Indigenous women and girls, a situation that has long been not just a national, but an international, scandal.

KAIROS is encouraged to learn that this process will begin with the families of victims, as well as Indigenous provincial, territorial organizations and grassroots groups, as too often the families’ voices are not heard. The willingness to engage the breadth of Canada in an online process to gain input into the shape of the inquiry is also welcome.

It is also encouraging that the inquiry process appears to have the full support of the government, with three Ministers assigned to aspects of leadership–Minister Bennett, Minister Wilson-Raybould, and Minister Hajdu.

We recognize also that in his mandate letter to Minister Bennett, Prime Minister Trudeau listed the development of an approach and mandate for an inquiry into missing and murdered Indigenous women and girls as one of his government’s priorities, along with supporting the work of reconciliation and implementing the recommendations of the Truth and Reconciliation Commission.

An inquiry is urgently needed to raise awareness and understanding of sexist and of the racist attitudes and beliefs that are at the root of the violence against Indigenous women in Canada. The racism is the result of an educational system that has taught generations of Canadians to see First Nations, Inuit and Métis peoples, and especially women, as inferior, and a political policy designed to strip Indigenous peoples of their lands, rights and identity, including through residential schools. The intergenerational impact of residential schools is reflected in the overrepresentation of Indigenous people in foster care and in the correctional system, and is another reason why Indigenous women and girls are at such risk for violence in Canada.

This will not be the first time this issue has been examined. There are hundreds of existing recommendations from dozens of other investigations that should be implemented, including from the Royal Commission on Aboriginal Peoples and the Truth and Reconciliation Commission. But with genuine and respectful collaboration and cooperation, and in the spirit of reconciliation, we remain hopeful this inquiry will be the last.