#ICantBreathe and Environmental Racism in Ecuador 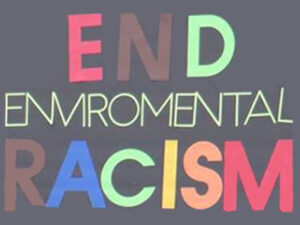 The death of George Floyd in the US has once again demonstrated that racism plays a prominent role in the dominant system and that its violence and cruelty can reach unimaginable limits. The incident quickly led to a wave of repudiation in many places, which could be observed in social media.

At the same time, it has been shown that condemning others’ racism does not necessarily imply a willingness to confront one’s own. One only has to look at the numerous forms of racist violence that Indigenous, Afro-Ecuadorian, and Montubio peoples consistently face, as is currently being demonstrated by the State-promoted activities that have put more vulnerable populations at risk of COVID-19 contagion.

The Constitution declares Ecuador a plurinational and intercultural State, but it has become the norm for a part of society and for the State to look the other way when those Peoples denounce that public policies are destroying their territories and their lives under the guise of development and progress. These policies can be so ruthless that one may wonder whether their true intention is to remove the original inhabitants from these areas to make way for extractivism.

There is a systematic disrespect for the human, collective and environmental rights of Afro-Descendant people. According to the Representative of the UN Working Group of Experts on People of African Descent, the province of Esmeraldas, where 68.25% of the population is of African heritage, is one of the poorest and most excluded in Ecuador. In the province, 84.6% of people live below the poverty line; 15.3% are illiterate and only 23% have access to basic services. According to official numbers, Esmeraldas has the highest rates of maternal mortality, gender-based violence and adolescent pregnancies.

Among the many ways in which racial discrimination manifests, environmental racism is one of the most atrocious because of its immediate and long-term impacts. This form of racism is manifested when governments and society consider that there is no problem with Indigenous, Afro-Descendant and Montubio peoples being stripped of their lands and territories to make way for private interests related to mining, oil and agribusiness projects. As María Moreno (2019) indicates, “environmental racism results from extractive or productive processes that create certain benefits that go directly to external actors outside of the province, while racialized local populations are left to deal with the risks, impacts, and harms.”

Under these conditions, communities are forced to live with environmental liabilities such as deforestation, land and water pollution, the emergence of diseases such as dengue, malaria, chagas disease, and others linked to contact with heavy metals and pesticides, without there being punishment for these crimes, let alone redress.

Based on a racist ideology, upon which capitalism operates, an arbitrary assessment of certain phenotypic characteristics, especially skin colour, was imposed to ensure the supremacy of whiteness which minimizes the other who is infantilized or hypersexualized and seen as ignorant given that ancestral knowledge is denigrated. Plunder and exploitation are thereby justified.

Environmental racism normalizes the idea of Indigenous and Afro-Descendant peoples living amidst pollution, being stripped of their livelihoods, and being subjected to higher levels of poverty and violence due to the presence of armed guards connected to extractive or agribusiness activities. This is because the areas where they live have been illegitimately transformed into areas to be sacrificed, and people themselves are considered second class citizens, bodies that can be sacrificed for the benefit of national and global elites.

The impacts of these injustices on racialized groups fall disproportionately on women, who are usually tasked with caring for their families and the community. Lack of water, the deterioration of collection areas and increased illness due to pollution requires them to exert greater effort resulting in a deterioration of their physical and emotional wellbeing. Further, they are exposed to increased levels of sexual violence at the hands of individuals connected to extractive or agribusiness activities.

Colonial rules that, in several ways, made it possible for the inhabitants of Abya Yala to be classified as inferior – as was later the case with enslaved bodies brought from Africa – continue to be upheld. These populations were de-humanized. They were thought of as having no soul as they did not know the White God and, thus, had no right to have their life, freedom, cultures and territories respected.

Below are some examples of racism in Ecuador:

Written by Nathalia Bonilla from Acción Ecológica on June 9, 2020.