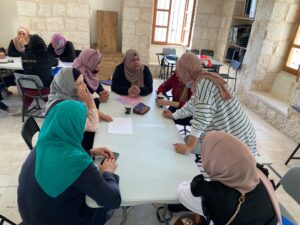 2021 marks the 30th anniversary of the Global 16 Days of Activism Against Gender-Based Violence Campaign. Launched by the Center for Women’s Global Leadership (CWGL) at its first Women’s Global Leadership Institute in 1991, this Campaign has been used worldwide to call for the elimination of gender-based violence. It is run annually from November 25 (International Day Against Violence Against Women) to December 10 (International Human Rights Day).

Each year, KAIROS and partners have used these 16 days of activism as a moment to mobilize networks, highlight the work of partners and advocate with governments for systemic change to end gender-based violence. This year, to commemorate the anniversary, KAIROS will be highlighting 16 Stories of Courage from our Women of Courage partners, from November 25 to December 10.

According to the United Nation’s latest estimates nearly 1 in 3 women, aged 15 years and older,  around the world have been subjected to physical or sexual violence by an intimate partner, non-partner or both, at least once in their lifetime. These estimates resonate with what partners are reporting; in fact, partners report that the intersection of conflict and the COVID-19 pandemic is compounding the continuum of violence that affects women and girls, including sexual harassment, harmful practices such as child, early and forced marriage, and sexual exploitation.

Subscribe today and receive our monthly e-newsletter KAIROS TIMES to stay informed about our important gender justice work, learn about urgent actions and other ways to help.

Support women working for human rights, and your gift will be tripled. Please, give generously today.