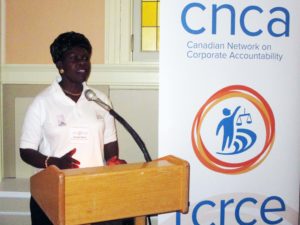 Three years ago, in October 2013, KAIROS launched the Open for Justice campaign with our advocacy partners in the Canadian Network on Corporate Accountability (CNCA).  If successful, the campaign will support people impacted by the overseas operations of Canadian mining, oil and gas companies, and open up new avenues to seek justice in Canada.

The goal is to make Canada a global leader in corporate accountability through the appointment of an independent human rights Ombudsperson for Canada’s international extractive sector, and by facilitating access to Canadian courts for those who have been seriously harmed by those operations.

Now, we are on the cusp of a major breakthrough.  And this is where you come in!

We need your help to keep up the pressure by showing there is widespread public support for an Ombudsperson. Later this month, KAIROS will launch an online action tool to help you send a strong message to International Trade Minister Chrystia Freeland, who is considering changes to the government’s approach to corporate social responsibility and the extractive sector.

Please join us in this cross-Canada action to call on Minister Freeland to create an Ombudsperson office and use the new draft legislation as her blueprint.

Here’s what’s happened since the campaign was launched. Each of these events helped us get to where we are today.

More than 100,000 Canadians wrote to their local Members of Parliament before the last federal election asking for Canada to be “Open for Justice.”  Heeding this call, four out of the five major political parties committed to creating an extractive sector Ombudsperson, including the Liberal Party that swept into office last October.  Thank you to everyone who took part in this MP action campaign. You made a difference!

Since the election, Open for Justice campaigners have been meeting with MPs and senior government officials to outline how the Liberal government can follow through on its election promise and create an Ombudsperson office.

On June 1, Jennifer Henry of KAIROS and one of our Congolese partners, Chantal Bilulu, spoke up for mining justice at a Parliament Hill session for MPs and senators on the Open for Justice campaign.

KAIROS reiterated the call for an Ombudsperson and access to justice in our submission to the government’s International Assistance Review this summer.

CNCA has commissioned a pro bono lawyer from Goldblatt Partners LLP in Toronto to draft legislation that would create an Ombudsperson office with real powers to investigate, report publicly and call for remedial action. We are launching the draft legislation at the end of October.

On October 3, KAIROS and 50 other Canadian organizations published an open letter in support of the Open for Justice campaign as a full-page ad in the Hill Times, the most widely read newspaper on Parliament Hill.

For KAIROS, the Open for Justice campaign is a direct response to calls from our global partners and the mining affected communities they accompany.

Next month, KAIROS is hosting a six-person delegation from the Philippines that will urge the Government of Canada to appoint an Ombudsperson and ensure greater oversight of extractive sector companies operating internationally.  These global partners know firsthand how some Canadian companies have exacerbated armed conflict and been complicit in human rights violations in their country.

Stay tuned for this and more exciting action opportunities in the coming months.  With your support, we can make this the year Canada becomes Open for Justice! 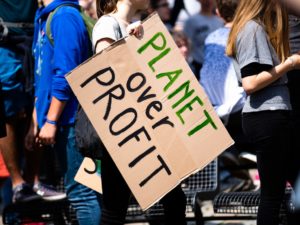 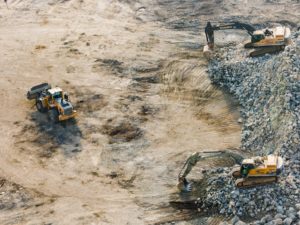 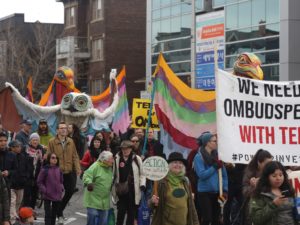