Those at the heart of the resistant movement: Report from the Indigenous women, territory and mining workshop 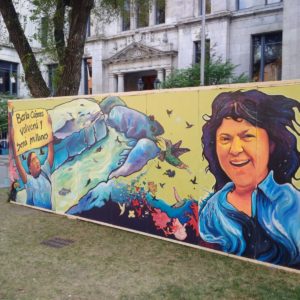 On August 10 at the World Social Forum, KAIROS joined a panel facilitated by Fédération des femmes du Québec (FFQ) to speak about the struggles that Indigenous women face in defending their land and resources from corporate extraction. Indigenous leaders from Canada, Honduras, Peru and Colombia spoke about environmental exploitation in their communities, and recent challenges and successes. We are reminded that as food producers, mothers, and community leaders, women are so often at the heart of the resistance movement.

The panelists spoke passionately and also paid homage to those leaders who were not able to be present. Berta Zúñiga Caceres, daughter of the late Berta Caceres, spoke about her work with the Conseil des Organisations Populaires et Autochtones (COPINH) in Honduras. South American participants spoke about the idea of environmental violence and the use of violence and bribes for extraction.

We were also reminded of the more than 200 speakers who were denied entry to the World Social Forum under Canadian immigration restrictions. Among them is KAIROS partner Beverly Longid, Coordinator for the International People’s Conference on Mining, Philippines. Connie Sorio spoke on Beverly’s behalf about the impact of Canadian mining and exploitation in Philippine communities and how the country has become one of the most dangerous places to be an environmental activist.

Indigenous speakers from Canada highlighted the lack of free, prior informed consent on the part of the Canadian Government, the need to restore traditional Indigenous governance structures and to unionize.

“As a woman, I do this for future generations,” said Jeannette Pilot, an Innu from Uashat Mani-Uténam. 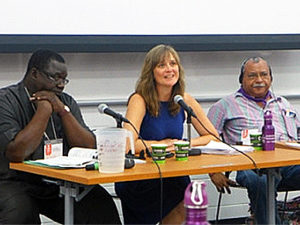 Meeting at the intersection, discussing with Jennifer Henry on the World Social Forum 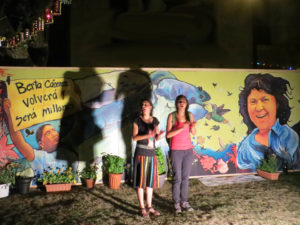 The spirit of Berta Cáceres: The power and playful defiance of Indigenous women at the World Social Forum 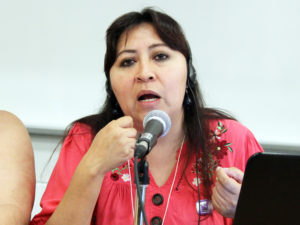 Gendered Impacts of Extractivism and Alternatives: A Convergence of Ideas 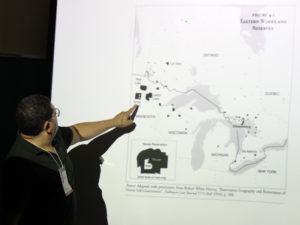 Reflection on the Spanish version of the KAIROS Blanket Exercise, at the World Social Forum