Defending women and the planet on the front lines in Guatemala 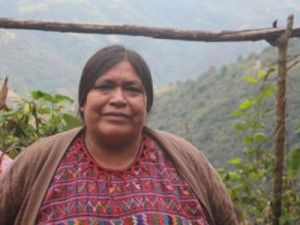 “We are living violence daily.  Our water and food are being poisoned.”

A woman from the Guatemalan coast testified at CEIBA’s regional forum to commemorate the International Day to End Violence against Women. She described how the spraying of pesticides over sugar cane and African palm plantations is contaminating the lands and the crops of the Indigenous communities who live there. She had travelled from Champerico to give her testimony and was one of about 200 women at the forum, from seven departments in Guatemala.

Throughout the day women described the many forms of violence that they are living, including economic, sexual, domestic and cultural violence. Added to these are the criminalization, militarization and persecution they face when they speak up and oppose government and corporate policies that are violating their rights.

This year I spent a week, including November 25, the International Day to End Violence against Women, with our partner CEIBA, the Association for the Promotion of Community Development in Guatemala. KAIROS has been supporting CEIBA’s work in defending and promoting the rights of Indigenous communities in Guatemala for almost a decade. This work included accompanying different forms of community consultations, an expression of the right to Free, Prior and Informed Consent (FPIC). Over the past ten years there have been more than 90 consultations in Guatemala, involving almost two million people.

Recently, we have been working with CEIBA to better understand and make visible the impacts of large-scale resource extraction on women and the critical role that women play in defending collective rights and the environment. The regional forum to commemorate November 25 was part of this work and the reason I was in Guatemala.

What struck me from the testimonies is the clear connection between environmental violence and degradation and violence against women. I have heard this connection before from Indigenous women from Ecuador, the Philippines and Canada, and most recently at KAIROS’ symposium in Vancouver on the Gendered Impacts of resource extraction. For Indigenous women this is based on lived experience and their relationship with land and with nature.

The morning of the forum began with a Mayan ceremony, centring CEIBA’s work on ending violence against women around Indigenous spirituality and wisdom. The Mayan priest spoke about our intrinsic relationship with nature — the plants, the air, water, land and all animals, including the ants who, he informed us, were biting the feet of those of us in scandals to remind us of their presence and to animate us to act. He spoke of the importance of our work to end violence against women here and now, for future generations and for our ancestors. He called on us to end violence and find peace and good relations in everything we do from organizational policy to our treatment of each other and of nature.

The next day we went to the coastal region of Champerico, where the pesticide sprayings described at the forum were taking place. We were told that in addition to the violence from areal fumigations, the community was also suffering from crop failures due to a drought during rainy season. And the rains that were falling, during harvest season, had spoiled the remaining crops. Not only are these communities affected by pesticides used on mono-crop plantations, they are victims of climate change.  CEIBA is working with the communities to promote agro-ecology and sustainable agriculture as alternatives to mono cropping. They also recognize the need of advocacy to end the use of dangerous pesticides and to address climate change; otherwise the communities will be forced to leave their lands.

Later in the week we travelled 3,000 meters up the mountains of Huehuetenango to the municipality of Santiago. Here CEIBA is working with communities on food sovereignty projects. The plots are perched in the mountains with beautiful terracing and a diversity of crops. With great pride, the community promoters, many of them women, described each plant and how they are produced with no pesticides. But these food sovereignty programs are also threatened by climate change, resource extraction and other large scale development. In this case as well CEIBA combines the technical and practical at a community level with strong advocacy campaigns on mining and climate change.

Santiago was one of the first municipalities in Guatemala to hold a community consultation 10 years ago. Today, 30 of the 33 communities in Huehuetenango have held community consultations; almost the entire region has voted against large scale mining and resource extraction and for an alternate vision of development that includes agro-ecology and food sovereignty.

Like Santiago, many communities are part of the movement of victims of climate change (MOVIAC) which CEIBA helps coordinate. MOVIAC brings together communities like those in the municipalities of Santiago and Champerico that are most vulnerable to and affected by climate change.  For these communities, this global problem is not an abstract threat. They are living the impacts and describe themselves as the current victims.

As in other areas of work, CEIBA responds at the community level with agro-ecology and water conservation projects that mitigate the impacts of climate change.  At the same time, they bring the experiences of these communities to inform national and international advocacy on this issue. MOVIAC is preparing a position and recommendations, and is working with international alliances like Friends of the Earth, to bring firsthand accounts and highlight the life and death urgency of climate change to the COP21 in Paris.

It was interesting to be in Guatemala the week of November 25, the International Day to End Violence against Women, as well as in the lead up to the climate change talks in Paris (COP21). I was struck by the parallels and connections. For women who are living violence daily in its many forms, November 25 is an opportunity to make this violence, and the impunity that surrounds it, visible to the world and to demand an end to it.

Similarly, for communities that are victims of climate change, COP21 is an opportunity to bring these issues to the world stage and demand action. Those are the parallels. The connections were clear from the first day and the first testimony at CEIBA’s forum to end violence against women. Women, especially Indigenous women, say they are experiencing environmental damage, degradation of the land and pollution, as violence. Similarly, women experience the impacts of climate change on their livelihoods and life around them as violence. This was so clear in the communities we met with on the coast of Champerico and high in the mountains of Huehuetenango.

If more of us felt or tried to understand this connection to the land and the violence that is being experienced as a result of climate change, the urgency around current negotiations in Paris would be inescapable and would surely drive us to action.

On my last day in Guatemala, I participated in the Climate March in Guatemala City. It was perfect way to end this trip and very powerful and inspiring to know that we were part of a global mobilization. At the march, the municipalities that have participated in community consultations and are currently resisting mining, including Mataquescuitla, Nueva Santa Rosa, San Rafael and La Puya, were well represented. Some of the people at the march have been criminalized, persecuted and shot at because of their opposition to mining. Despite these threats there they were, many with their families, as part of this global action to defend life on the planet.

A member of one of many youth groups held up a sign that expressed the intrinsic relationship between the impacts of climate change and resource extraction on the earth and on children with perfect simplicity: Everything that happens to the earth, will happen to the children of the earth (Todo lo que ocurra a la tierra, la ocurrira a los hijos de la tierra). 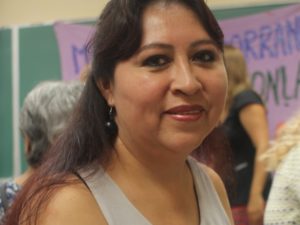 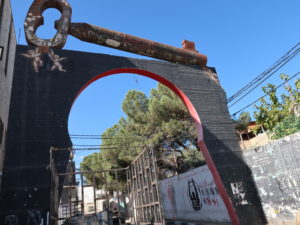 Not your Grandmothers Pilgrimage!!! 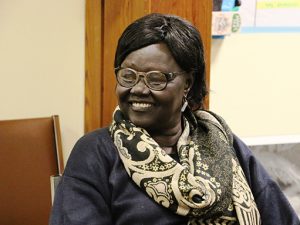 Giving Tuesday – it’s not too late to give!