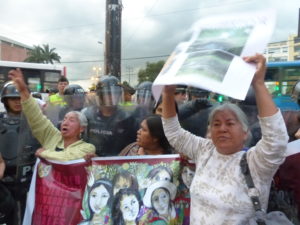 The climate crisis requires industrial mobilization on a scale not seen since the Second World War. While Canadian governments have moved at snail-like speed to fully address the emergency, in just a few weeks last spring, thousands of Canadians gathered in town halls across the country to discuss ideas for sweeping transformation under the Pact for a Green New Deal.

Inspired by the stimulus package co-sponsored by congressional representative Alexandria Ocasio-Cortez in the United States, Canada’s Green New Deal movement aims to end reliance on all fossil fuels by 2050 while addressing pressing social issues such as racial and income inequality.

Marrying social justice with a clean energy transition is essential. Too many people face job loss, environmental racism, extreme weather events, and a growing disparity between the very rich and everyone else. The economic strategy to address the climate crisis must contribute to the global enhancement of human rights and equity. Otherwise, the move to a sustainable energy economy may adversely impact people in countries where poorly regulated corporate activity is already damaging.

Solar panels, wind turbines, and electric cars are top-of-mind climate solutions. However, they require precious metals which in turn require mining in the global South where violations of environmental protections and human rights abuses by Canadian mining companies are well-documented by organizations such as Amnesty International and Mining Watch Canada.

Demand for these metals will increase rapidly as Canada moves to a renewable energy future. A single three-megawatt wind turbine alone, for example, requires two tonnes of rare earth minerals, while solar panels currently account for seven per cent of global silver demand. Cobalt comprises 15 per cent of a battery in a typical full-size electric vehicle, and is produced  primarily in the Democratic Republic of Congo (DRC), which is notorious for child-labour. Extraction of silver and other rare earth minerals do not have a good human rights track record either.

As demand for renewable technology increases in Canada and globally, mineral-rich countries like the DRC that lack significant regulation to protect local communities and the environment will bear the brunt of the burden.

Canadian companies dominate the mining industry, yet our country has no enforceable regulatory measures for the actions of Canadian multi-national corporations operating abroad.

According to the Justice and Corporate Accountability Project at Osgoode Hall Law School, Canadian mining companies between 2000-2015 were involved in 44 deaths—30 of which are classified as targeted, 403 injuries—363 that occurred during protest and confrontation, and 703 cases of  “criminalization,” including legal complaints, arrests, detentions and charges.

KAIROS Canada and its global partners are aware of many such violations in the Philippines, DRC, Colombia, Guatemala, Ecuador, and Mexico.

Women typically feel the negative social and environmental impacts of mining before and more acutely than men. They are often subjected to increased physical and sexual violence, and health problems due to contaminated water sources used for domestic work, such as washing and cooking.

The Government of Canada was supposed to address this lack of accountability when it announced in early 2018 the Canadian Ombudsperson for Responsible Business Enterprise (CORE). This position was intended to hold Canadian mining companies and their subsidiaries, as well as oil and gas and garment sectors with Canadian ties, accountable for human rights violations at their overseas operations.

As a result of intense lobbying by the mining industry, the government watered down the position and now the office lacks independence and the power to compel documents to investigate abuses. The new ombudsperson, appointed in April, remains an ineffective figurehead for accountability.

As we transition to a clean energy economy, we must also address the logistical side of renewable development, including corporate regulatory measures on mining so as not to worsen environmental and social degradation.

Green jobs in Canada are already booming. Let’s use this as an opportunity to ensure Canadian corporations better respect human rights and the environment around the globe.

Amelia Berot-Burns is a recent graduate of the international masters of laws (LL.M) program at the University of Bristol. Her dissertation and studies concerned access to remedy for victims of human rights violations perpetrated by Canadian corporations, specifically mining companies. During her degree she was a researcher with the Human Rights Implementation Centre’s Law Clinic, gaining direct experience in advocacy. She has also done extensive fieldwork in South Africa, Peru, Guatemala, and Southwestern United States which has inspired her to work in the field of ecological justice after witnessing the lack of accountability to local communities surrounding resource extraction projects.