Cancún Accord Mirrors Copenhagen Accord While Keeping Kyoto Protocol Alive 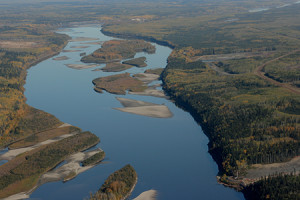 After only a few hours sleep I am risking a preliminary analysis of the “Cancún Accord” announced in the wee hours of Saturday morning over Bolivia’s objections.

The agreement repeats the Copenhagen Accord’s target of keeping temperature increases below two degrees Celsius above pre-industrial levels while recognizing the need to consider strengthening the goal on the basis of scientific evidence to a global average temperature rise of 1.5°C as requested by small island states.

The Cancún Accord does not include any new emission reduction commitments by industrial countries beyond those made a year ago in Copenhagen. According to the United Nations Environment Program the promises made under the Copenhagen Accord fall far short of what is needed to meet the two-degree goal. Without new commitments global temperatures are likely to increase by more than four degrees. Bolivia’s UN Ambassador, Pablo Salon, asserts that this would be “disastrous for humanity [as] recent scientific reports show that 300,000 people already die each year from climate change-related disasters. [A four-degree rise] threatens to increase the number of deaths annually to one million.”

During the first week of negotiations here it was feared that the refusal by Japan, Russia and Canada to make any new reduction pledges under the Kyoto Protocol might have led to its demise. However, the Cancún Accord, responding to demands from developing countries, at least keeps the Kyoto Protocol on life support by putting off until 2011 any decisions about new reduction commitments for the period after 2012. But it adds a loophole allowing countries to choose the base year against which their reductions will be measured. This could allow the Canadian government to substitute the much lower target it announced after Copenhagen instead of the previous target (6% below 1990 levels) in the Kyoto Protocol.

The Cancún Accord “recognizes that developed [countries] commit, in the context of meaningful mitigation actions and transparency on implementation, to a goal of mobilizing jointly US$100 billion per year by 2020 to address the needs of developing countries.” This is the same amount as the Copenhagen Accord pledged to mobilize without specifying where the money would come from. There is no commitment to raise this money from public sources. Instead it is expected that most of the resources would have to come from private sources, including from carbon trading.

It is also unclear how much of the targeted amount will be delivered through a new international “Green Climate Fund” to help developing nations curb their emissions and respond to climate impacts, as the US has signaled its intent to use other channels for delivering climate finance. Moreover, the World Bank will have a role in administering the new fund, something that is very worrisome for our partners in Jubilee South as I explained in an earlier blog.

While the US$100 billion total may appear to be a large amount, it falls short of developing countries needs for adaptation and mitigation as assessed by the UN at between US$500-600 billion per year.

KAIROS’ Southern partners are very concerned that the text on reducing emissions from deforestation treats forests primarily as carbon sinks rather than homes for forest-dwelling peoples. Although there is a reference to respecting human rights there is no explicit acknowledgement of the importance of adhering to the UN Declaration on the Rights of Indigenous Peoples. Nor is there any reference to the need for forest-dwelling peoples to give their free, prior and informed consent to any projects aimed at forest preservation or reforestation.

Instead there is a heavy emphasis on the use of carbon markets to finance forest preservation. Rev. Nnimmo Bassey, a KAIROS partner from Nigeria who chairs Friends of the Earth International, asserted here in Cancún that : “Developed countries need to stop spending so much time trying to secure cheap forest carbon credits and focus on reducing their emissions at home. We need mechanisms to stop deforestation and not merely ones designed to allow developed countries to continue polluting and emitting carbon. We need real solutions to protect our forests, and we need developed countries to solve the climate problem they created by making drastic emissions cuts at home instead of offsetting them elsewhere. Rich countries should also commit to provide public money to stop deforestation, as a repayment of their climate debt.”

Only time will tell whether substantial progress will be made at next year’s conference in Durban, South Africa. From my vantage point here Cancún was a missed opportunity. The Northern countries failed to acknowledge the climate debt we owe to the Earth and to the peoples of the global South. In particular they failed to listen to the exhortation of Bolivia’s President Evo Morales who told the conference:  “Our aim here is to look at how to cool down planet Earth. Our planet has a high temperature, it is wounded, and we are witnessing the convulsions of planet Earth. We have an enormous responsibility toward life and humanity. … We need … to put ourselves in the shoes of families … worldwide that lack water and food and suffer misery and hunger. I call on leaders to take responsibility, and make history by responding to the demands of the people … struggling against climate change and for life.”