Abundance of Life in Reconciled Relationships by George C. George 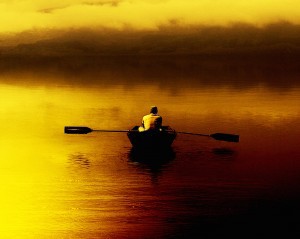 Setting the mind on reconciliation — home coming from ecological exile

Setting the mind on reconciliation — home coming from ecological exile

George C. George is an M.Div, student at Emmanuel College, who is completing a contextual theology internship at KAIROS.

Prosperity is a magical promise in today’s neo-liberal free market economy. The driving force of the free market economy is profit. From the notion of prosperity emerges a lifestyle of uniformity in which a contemporary “Tower of Babel” is being rebuilt which symbolizes human power and greed. The popular “theology of prosperity” gives the message that if you enjoy material wealth, then you must be blessed by God and if you are poor, it’s your own fault. This understanding of prosperity emerging from the magic of free market is contrary to the abundance of life promised in the scriptures. Sharing of resources and living in harmony with creation with the experience of God is an experience of abundance of life. But the mantra of prosperity drives many to pursue a few career paths which appear attractive in a job market that promises them high incomes. For example in Canada, people are invited to share in the wealth from digging for bitumen or minerals for a prosperous future. A prosperity model that drags people into huge debts and makes housing unaffordable for many does not help people to experience the abundance of life.

The impact on the environment as well as the carbon footprint of the profit making operations in the long run have made us “ecological exiles” , exiles from our home called earth as Steven Bouma-Prediger puts it. Our home is not what it used to be. Signs like climate change, wild fires, rising sea levels, acidification of oceans, flooding, landslides and drought are warning signals of how far humans and living organisms have become environmental exiles from the home called earth.

From our exile, we hope for a comeback to a livable home. Taking steps to make our home habitable involves abandoning ways that destroy it. Climate change is a topic that triggers lots of discussions. How to reduce carbon emissions has brought many voices into agreement on a common platform. Many scientists now strongly recommend keeping fossil fuels underground as one of the best ways for reducing carbon emissions. Mark Carney, the governor of the Bank of England, told a World Bank meeting on October 10, 2014 that vast fossil fuel reserves are unburnable if the global temperature increase is to be kept below 2oC. A recent scientific study authored by Christopher McGlade and Paul Elkins supports this view.

Two options under discussion for reducing carbon emissions are Emission Trading Systems (ETS) and Carbon taxes. Both have been tried in different parts of the world. ETS is a competitive system where the polluter need not reduce its own pollution but instead buy offsets from the market. This scheme is criticized by different groups as a license for the polluter to pollute more. The offset schemes have also been reported to have caused human rights violations like expelling people from their lands in the South to make way for tree plantations, causing health problems due to keeping a landfill open in Durban South Africa and affecting local farmers in India. Another option is a carbon tax which collects a small percentage of the price consumers pay for fuels like gasoline and heating fuel. The intent is to reduce carbon consumption and generate income for governments which could be used to reimburse lower income groups, give tax credits and invest in a green economy. Here the role of influencing behavioural change rests with the government, a concept which free market ideologues challenge. But many industry leaders now support some form of price for carbon. A good aspect of carbon tax is that the polluter internalizes the cost of pollution. The success story of the government of British Columbia’s carbon tax for the last six years leading to a reduction in carbon emissions is lauded by many. Instead of using the term “carbon tax” some suggest using the term “carbon fee” with dividend. This is because the term “tax” could give the impression that it is going to be a regular tax for increasing revenue for the government without communicating the benefits for the environment.

Realizing the theme of being “Ecological Exiles” from our home called earth instills in us a longing to be “home,” a habitat of reconciled relationships. Through Christ we have been reconciled with God, and we understand God in our reconciliation with people and creation. As a faith community, our acts of reconciliation with creation can lead us to the path to “home.” Initiatives like Carbon Sabbath or fossil free faith or climate change walk by the faith community can make a difference causing ripple effects in the behaviours of people. In reconciliation with creation, we experience fullness of life.

Hope in God renews our mind and becomes the driving force for pursuing the fullness of life that God promises. According to N.T. Wright, hope is not mere optimism. Wright tells us that optimism is based on faith in “progress,” the notion that the world is getting better and better due to “industrial progress” or “technological innovation.” Wright asks, “Try telling this optimism in progress to a Holocaust survivor, a Tutsi refugee, or a Honduran peasant?” In the Canadian context is the optimism in progress relevant to people who have been kicked out of the job market due to layoffs or those who are homeless? When everything is translated in terms of wealth accumulation, profit making and power, fullness of life is a distant mirage. Wright points out that hope is rooted in faith in God. In the book of Job, God asks,”Where were you when I laid the foundations of the earth?” (Job 38:4). The mysteries of nature that make humans gasp in awe and wonder and such unstoppable phenomena like the waves in the sea and formation of storehouses of snow and hail points out to a greater plan of things in which humans participate. Narratives of “God with us” leading from darkness to light through love, reconciliation and justice enrich us with hope. Our “ecological exile” is an experience that tells us to renew our mind.

In our journey back to our home called earth with a renewed mind, we experience Emmanuel, God with us in reconciled relationship with people and creation. Our vision of Hope is a world of peace, love, justice and a world of God. That world is not just a world of uniformity but a world of diversity. Through hospitality, relationship and responsibility we can reach out to people in need and become companions in the journey. The scripture narratives of a God who chose to be born in a poor manger and walked with the meek and oppressed promised us a different model of prosperity, in the richness of the blessedness of the Spirit. When St. Paul tell us to not be conformed to this world (Romans 12:12) he challenges us to renew our mind and set our minds on what lies ahead. As we journey back home with a renewed mind, what lies ahead is reconciliation with creation and people and the gift of the fullness of life.