A peace process undermined: Land defense and the non-repetition of violence in Colombia 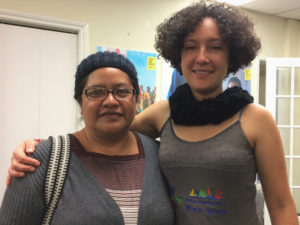 The non-repetition of violence is a cornerstone of Colombia’s Peace Agreement between the government and the FARC—the former guerilla group (now political party). Recently published reports by the UN Special Rapporteur on the situation of human rights defenders in Colombia and Front Line Defenders reiterate the concerns raised by KAIROS’ Colombian partner organizations: state and non-state actors are actively targeting human rights defenders, especially Indigenous and Afro-Colombian social leaders living in rural areas where the decades-long conflict hit the hardest.

This repudiation of the principle of non-repetition of violence threatens to undermine the peace process. Violence against the very human rights defenders and community leaders who are implementing the peace process is nothing short of dismaying. And according to the Special Rapporteur, private companies, including those tied to the extractive sector and Canada, are contributing to this climate of terror. In fact, the Special Rapporteur just released an ancillary report on Business and Human Rights Defenders in Colombia to draw attention to the offensive on land and water defense in the country.

The Special Rapporteur describes Colombia as the “second most dangerous country in the world for defenders focusing on business.” Between 2015 and 2019, ninety percent of the reported 181 attacks occurred against land and water defenders calling attention to four industries: mining, fossil fuels, agriculture and livestock, and hydroelectric plants dams.

In both of his reports, the Special Rapporteur refers to business-related human rights violations committed by companies with known links to Canadian financing and extractive companies.

For example, the Special Rapporteur spotlights human rights abuses committed during the construction phase of the Hidroituango project in Antioquia, Colombia—a   hydroelectric dam which has been financed in part with Canadian funds. The project almost collapsed in 2018, displacing thousands. Furthermore, several members of the Rios Vivos Movement, a network of land and water defenders resisting the project, have been murdered. The national spokesperson of the Rios Vivos Movement, Isabel Zuleta, who spoke at the public launch of KAIROS’ digital hub Mother Earth and Resource Extraction: Women Defending Land and Water, has received multiple death threats.

The Special Rapporteur also details how Canadian companies are influencing the criminalization of land and water defenders; specifically, he mentions a case where eight individuals resisting an oil and gas company in the department of Casanere were arrested for their efforts. What is more, this same company has signed agreements for security services with the Colombian Ministry of Defense.

As recent events in Canada and the Special Rapporteur’s reports on Colombia indicate, the criminalization of land and water defenders and the use of the military forces to supress the protection of Mother Earth are a recurring global pattern.

Rather than “adopt a zero-tolerance approach on reprisals and attacks on human rights defenders”; “implement due diligence procedures for the prevention of harm and human rights abuse of individuals, communities and the environment”; and “respect popular consultations, indigenous communities’ right to free, prior, and informed consent, and support community-led human rights and environmental assessments and consultations that reflect the aspirations of local communities,” as the UN Special Rapporteur recommends, the Government of Canada allows the Canadian extractive sector and its subsidiaries to operate with impunity and without independent and mandatory accountability mechanisms.

The Canadian Ombudsperson for Responsible Business Enterprise (CORE), whose office was supposed to have the powers to investigate allegations of human rights and environmental violations at overseas operations, was actually given a narrow mandate. Thus, the Government of Canada has inadequate mechanisms in place to address corporate misconduct abroad committed by Canadian companies and their subsidiaries with Canadian funds and for the benefit of the Canadian economy.

KAIROS remains committed to supporting human rights defenders in Colombia who are working tirelessly to create a Colombia founded on the non-repetition of violence and implores Canada to do the same. KAIROS urges the Government of Canada to adopt the UN Special Rapporteur’s recommendations as outlined in the reports as well as grant the CORE investigatory powers to hold companies accountable for intolerable corporate behavior.