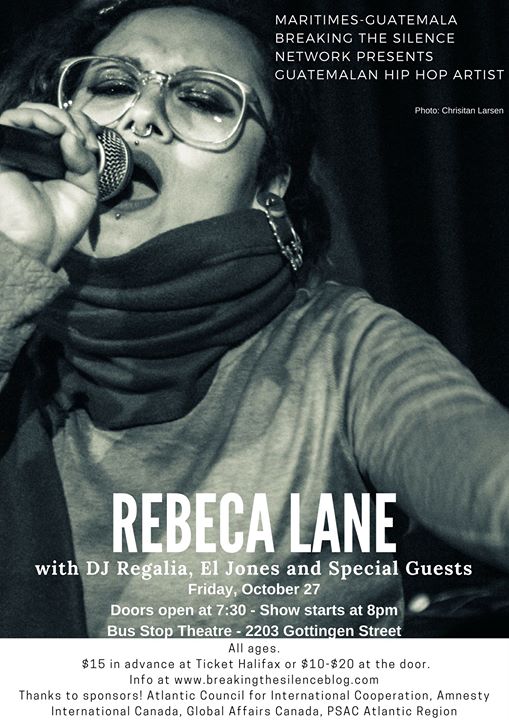 Rebeca Eunice Vargas (Rebeca Lane) was born in Guatemala City on December 6th, 1984. She was born in the middle of a civil war and was named after her aunt that had been kidnapped and disappeared by the military government in 1981 because of her political involvement in the guerrilla movement. From a young age, Rebeca started to get involved in the efforts to retrieve the historical memory of those war years and became an activist in organizations of family members of people kidnapped or killed by the military government. Through this work, she got to know about the struggles of others claiming their historical right over their lands and several political movements of workers and land labourers against neoliberalism and the politics that had caused even more social conflict than during the war. Being part of the social movement made her realize that women participated less and had fewer leadership roles, leading her to explore feminism. That journey brought her to work with women through art, specifically theatre, poetry and music.

You won’t want to miss Rebeca Lane and her first tour in Canada!