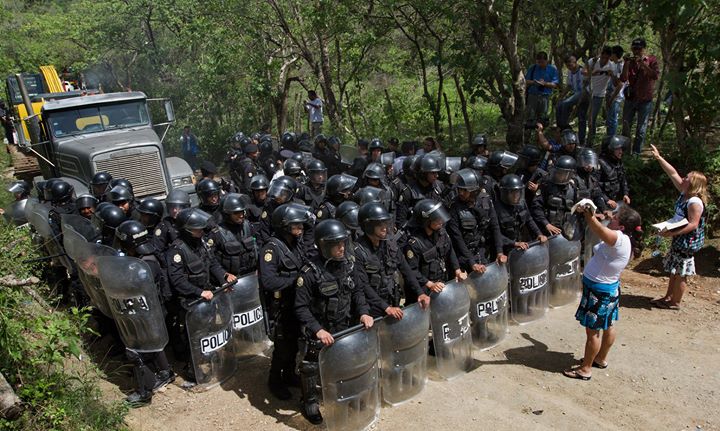 Art, Journalism & the Defence of Rights, Justice, Land & the Environment in Guatemala & Honduras

The panel discussion will be followed by opportunities to add your voice to actions for rights, justice and corporate accountability.

Luis Fernando García Monroy
Luis Fernando was shot and seriously injured in 2013 by security guards employed by Tahoe Resources, a Canadian company, at its mine in Santa Rosa, Guatemala. He went on to co-found JOVID (Youth in Defence of Life), an organization that uses art to communicate the importance of protecting the environment from the harms of large-scale industrial activities, including mining.

Felipe Benítez
Felipe is a Lenca agro ecologist in Honduras, member of the Lenca Indigenous Council of Gualinga and coordinator of the Independent Indigenous Lenca Movement of La Paz (MILPAH). Felipe’s nephew was killed and other members of MILPAH have suffered violent attacks in response to efforts to defend the right to decision-making about indigenous territory, as well as opposition to hydro-electric projects they believe will have a destructive impact.

Félix Antonio Molina
Félix survived a shooting attack by gunmen in Tegucigalpa, Honduras in May 2016. A journalist known for critical, independent, investigative work, Félix had reported on collusion between military, political and business leaders behind a controversial dam project opposed by murdered Lenca leader Berta Cáceres. Felix was awarded the Chavkin Prize for Integrity in Latin American Journalism for his radio reporting on post-coup Honduras.

This event is co-sponsored by the Americas Policy Group (APG), the Canadian Network on Corporate Accountability (CNCA) and KAIROS: Canadian Ecumenical Justice Initiatives.