EventsBook Launch! The Water Defenders: A Celebration and Reflections on International Solidarity in El Salvador’s Victory over Mining 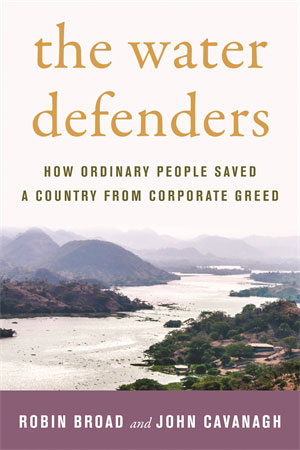 On the 12th anniversary of the assassination of Salvadoran water defender Marcelo Rivera, join activists from Canada, the United States, and El Salvador in a webinar discussion on lessons from North American activists and organizations’ decade-long solidarity relationship with Salvadoran water defenders for international solidarity work going forward. The conversation will draw on the rich history of Canadian solidarity with social movements in El Salvador.

Robin Broad and John Cavanagh, authors of the just-published book: The Water Defenders: How Ordinary People Saved a Country from Corporate Greed (Beacon Press, 2021) will kick off the discussion with observations from the book, which covers the Salvadoran people’s struggle to protect their small, precious country and its imperilled waters from large-scale metal mining. A courageous struggle that led their country to become the first nation to ban mining in 2017! Then, moderator Jamie Kneen of MiningWatch Canada will bring in others for their reflections, including Vidalina Morales of La Mesa National of El Salvador, Jen Moore and Manuel Pérez Rocha of the Institute for Policy Studies, Laura Avalos, founder and former president of the Salvadorian Canadian Association of Ottawa and National Capital Region (ASCORCAN), René Guerra, former director of Salvaide, and Jim Hodgson, formerly of the United Church.