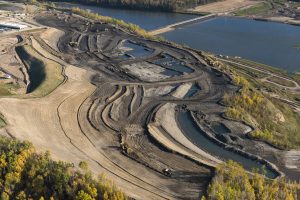 The Site C dam is a project that should never have been approved. As the British Columbia Utilities Commission has now concluded after a long overdue review of the cost and purpose of this project, completing Site C offers little or no economic benefit compared to less destructive alternatives and could ultimately cost much more and carry greater financial and legal risks. Completing the construction is, quite simply, bad public policy.

More than that, however, the Site C dam represents a profound betrayal of the solemn commitments undertaken when Canada entered into Treaty 8, when it adopted its Constitution, and when it endorsed the UN Declaration on the Rights of Indigenous Peoples.

Today, the province of British Columbia has the opportunity to do the right thing, to demonstrate the sincerity of its commitment to justice, reconciliation, and the rule of law. The government of John Horgan has already taken an important step in subjecting the economic case for Site C to the scrutiny of the BCUC. We supported that decision. Now, our organizations are calling on the Province to take the next step: to break with Canada’s tragic history of trampling Indigenous peoples’ rights and instead honour and uphold those rights by ordering the immediate cancellation of the Site C dam.

Flooding the Peace River Valley would cause severe, permanent and irreversible harm to a unique natural environment that has sustained the Indigenous Peoples of Treaty 8 for millennia. It would also wipe out thousands of graves and cultural sites and make fishing unsafe for at least a generation. These are not our opinions: these are just some of the conclusions of the federal-provincial environmental impact assessment.

Such a fundamentally destructive project requires a rigorous decision-making process. Treaty rights cannot simply be pushed to the side. This, however, is exactly what happened when the federal and provincial governments approved this project. BC Hydro and the federal government have both stood up in court and said that Treaty rights can be dealt with another day. We believe that day has come.

Furthermore, the UN Declaration is clear that this rigour must include obtaining the consent of affected Indigenous Peoples and where that consent does not exist, the project must not proceed. The West Moberly and Prophet River First Nations have been clear and consistent that they do not consent to the Site C dam. In August, the United Nations top anti-racism body, the Committee for the Elimination of Racial Discrimination, called for an immediate halt to the construction of the Site C dam because continued construction would violate the rights of Indigenous peoples that are protected in international law.

Today, we are bringing to the steps of the Legislature some of the vast numbers of petitions, postcards, and solidarity letters that poured in from across Canada and around the world. Our nations and organizations have collected more than 120,000 signatures on petitions and postcards from across

Canada. Tens of thousands more cards and letters have been written by concerned individuals around the world. All these petitions, postcards and solidarity letters share a common message: respect Indigenous rights and protect the Peace Valley.

There are better, less costly ways to ensure British Columbia’s future energy needs are met. And there are better ways to create jobs and build BC’s economy. In the Peace River region alone, there are many urgent needs for investment in infrastructure and social services. This is investment that would create good, well-paying jobs and build prosperity that is sustainable, just and inclusive.

Reconciliation requires dealing fairly and justly with the wrongs of the past. The new government in British Columbia has made important and welcome commitments to uphold the rights of Indigenous peoples and implement the Calls to Action of the Truth and Reconciliation Commission which called the UN Declaration on the Rights of Indigenous Peoples the framework for reconciliation. We and all our allies and supporters are eager to stand with the government in seeing this promise fulfilled. It should be absolutely clear, however, that fulfilling this promise means protecting the Peace Valley for the next seven generations.