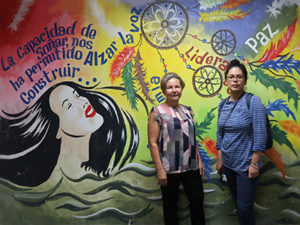 In the Magdalena Medio region of Colombia, where the Organización Femenina Popular (Popular Feminist Organization or OFP) operates, a climate of political uncertainty, social insecurity, and economic precarity prevails. While the signing of the Final Peace Agreement—unprecedented in its inclusion of women’s rights and gender equality—between the Colombian government and the Revolutionary Armed Forces of Colombia (FARC-EP) on November 24, 2016, brought an official end to a decades-long civil war, the results of the recent presidential election have raised concerns over the agreement’s status, implementation, and future.

Still, for the OFP, one of KAIROS’ five partners in the recently announced Women of Courage: Women, Peace, and Security program, peace-building is a feminist practice of everyday life. From July 16–20, Rachel Warden, Partnerships Manager, and I traveled to the headquarters of the OFP in Barrancabermeja where we had the privilege to witness and participate in activities that demonstrated the scale and scope of the OFP’s grassroots feminist initiatives for peace in post-agreement Colombia while also commemorating the organization’s 46th anniversary.

The OFP offers legal support and human rights training to its membership of more than 2,000 women. During our visit, Rachel and I sat in a training workshop that brought together women who live across the eight municipalities the OFP serves. At this workshop, participants discussed and learned about Colombia’s Peace Agreement through a gender lens; they shared personal experiences, received a history of the agreement, and dispelled some of its common myths. Ultimately, the workshop’s goal was to underscore how peace-building is at once a personal and collective process that cannot happen without the direct participation of women of all backgrounds.

Coalition and network building are central tenets of the OFP. This was evident at the various meetings we attended while in Barrancabermeja. Whether at the OFP’s Asambleas, general meetings where women assemble regularly to receive updates, make collective decisions, and commemorate major achievements or at meetings with social leaders, other grassroots organizations, and local ecumenical groups, the OFP’s reach and advocacy for women’s rights are socially and politically expansive.

In addition, the OFP’s reach is intergenerational by design. The OFP offers young women and men who are part of the organization’s movimiento juvenil, or youth movement, creative outlets to express and enact social change through cultural programming. The power of young people was most apparent at a performance of “Historia con ojos de mujer,” “History through Women’s Eyes,” a play written and produced in its entirety by the OFP’s movimiento juvenil. Through text, dance, music, and visuals, the play—like much of what we witnessed during our visit—served as a feminist manifesto for a Colombia whose present and future, while informed by its past, cannot and will not be defined and constrained by violence, at least not if the OFP and its members and advocates have anything to do about it. 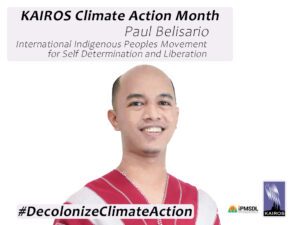 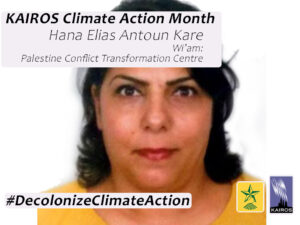 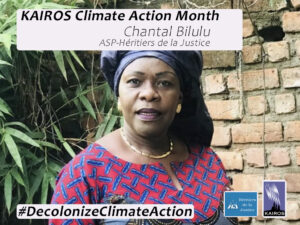 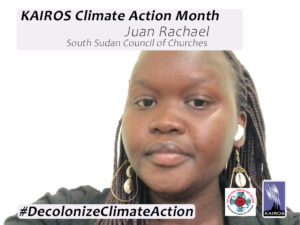 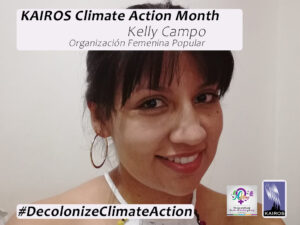 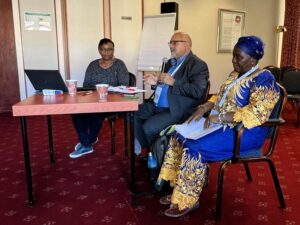 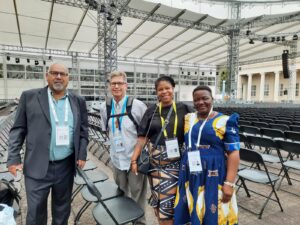