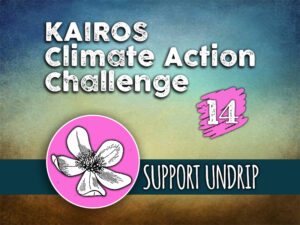 In 2016, Romeo Saganash of the New Democratic Party tabled a private member’s bill, C-262, which would have required the Government of Canada to take all measures necessary to ensure that the laws in Canada are in harmony with the UN Declaration. The Bill died as a result of filibustering by a small group of Senators.

A legislative framework to fully implement the UN Declaration is needed urgently.  This would bring a significant transformation to the lives of Indigenous peoples. Full implementation would advance climate justice by:

Today we explore resources from the Coalition for the Human Rights of Indigenous Peoples, which is made up of Indigenous nations and representative organizations, human rights groups and faith communities, including KAIROS.  The Coalition promotes the full and effective implementation of the UN Declaration.

You can send a message to the Minister of Justice through this tool developed by the Mennonite Central Committee.