Walking in a Good Way: How to be better allies in the struggle for Indigenous rights and watershed justice 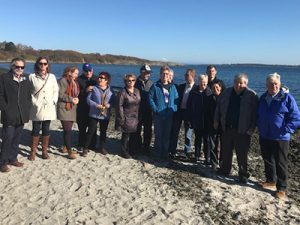 Walking in a Good Way – How to be better allies in the Struggle for Indigenous Rights and Watershed Justice, a KAIROS gathering held in Victoria, B.C. October 25, brought many moments of tough reality and dedicated hope for the over 150 participants.

Setting the scene for the need to work together, Songhees elder Joan Morris shared hers and others’ experiences about the segregated hospital system involving experiments on Indigenous peoples—for example, forced sterilization. She survived a legacy of harm from both residential school and an Indian Hospital, like so many others. As a former nurse’s aide and now as an ordained minister, she has become a dynamic spokesperson for Indigenous people damaged by the health system.

Four lively commentators brought their perspective on how to be better allies in the struggle for Indigenous rights and watershed justice.

Melanie Delva, Reconciliation Animator, The Anglican Church of Canada, acknowledged her own humility in working with others and respect for the others, saying that although perhaps naïve at the beginning of her work, as a young leader, there is a lot of listening and reaching out to be done.

Robert Morales, Tl’ul’thut, Chief Negotiator, Hul’qumi’num Treaty Group, has worked for 17 years to help return the lands taken from the Hul’qumi’num. He acknowledged that while our new federal and provincial leaders use a lot of “pretty words about reconciliation, you need to let your elected officials know that there needs to be actions to match these pretty words.” Robert saw the challenge ahead for all of us, Indigenous and non-Indigenous, to become more organized and educated in order to implement the TRC’s 94 Calls and to ensure Indigenous Peoples realize their inherent rights.

Jennifer Henry, Executive Director, KAIROS Canada, acknowledged the importance of all of us acting as witnesses to truth, advocating for self-determination and recovery for First Nations Indigenous peoples, building our relationships, nation to nation. She challenged us to change not just attitudes and behavior but also to shift power and resources, pointing out that “Reconciliation with Indigenous people requires reconciliation with creations.”

Ray Jones, Hereditary Chief of the Gitxsan First Nation, found that Joan Morris’ account triggered his memory of TB hospitals, and of the many, particularly Inuit, who died in poor hospital conditions, never to be returned to their families. He also highlighted the importance of salmon to the Gitxsan First Nation—an example of the importance of the need for local Indigenous control of resources—autonomy within their own environment. Food sufficiency is possible with increased control over the waters within their borders. As climate change is beginning to affect this environment, Ray Jones advocates that we actively send letters to the Department of Fisheries, Oceans and the Canadian Coast Guard to conserve the salmon fishery for now and future generations.

The evening also honoured faith-based and community groups and individuals that BC-Yukon KAIROS partners with on a regular basis. In a special ceremony, the KAIROS BC-Yukon hosts thanked over twenty partners for their work and the relationships that sustain the work they do together. 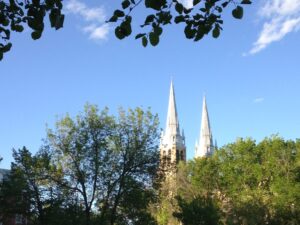 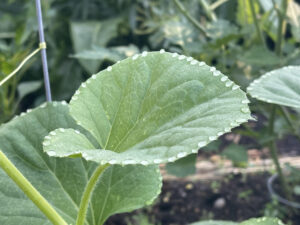 How Much Shall We Give 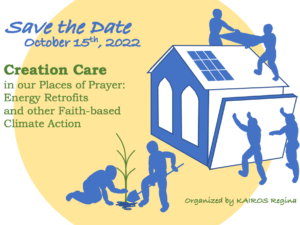