This June is Indigenous Women’s Month at KAIROS 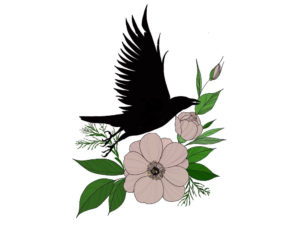 Throughout June, KAIROS will highlight and celebrate Indigenous women working to make change in Canada and the Global South. Through profiles, spotlights and by sharing inspiration, KAIROS aims to raise up those working to live in a good way, and to improve society for future generations.

We’ve curated a month of features that will include the launch of the Canadian phase of Mother Earth Resource Extraction Hub (MERE Hub) and Ravens: Messengers of Change, which will ask Canadians to collectively embrace reconciliation education.

June is an important month in honour of Indigenous peoples in Canada. It begins with two important occasions: the fifth anniversary of the release of the Truth and Reconciliation Commission of Canada’s Calls to Action on June 2 and the first anniversary of the release of the National Inquiry into Missing and Murdered Indigenous Women and Girls’ final report  on June 3. Later in the month, we celebrate National Indigenous Peoples Day on June 21.

Indigenous Women’s Month kicks off with stories from survivors of Residential Schools, with the focus on Truth and Reconciliation for Indigenous women. Week Two will profile Indigenous women leaders including Elaine Kicknosway, Colleen Cardinal Hele, Naomi Sarazin, Martha Kyak, Bonnie Van Hatten, and Cheyenne Joseph who will cover a range of pressing topics including child welfare, health and education.

During Week Three, KAIROS will present the Canadian phase of MERE Hub, an online hub that connects and helps further empower women land and water defenders in Canada and worldwide. The week will feature a series of launch events online, including Women Land Defenders in Latin America, a book launch webinar with Red and Nina Lakhani, as well as a teach-in with land defenders from Canada and the Global South. Digital Stories of Courage will be available on MERE Hub, featuring videos recorded by women land defenders on their efforts to protect Mother Earth.

MERE Hub was launched in November 2019, initially focused on Latin America, and developed in consultation with Indigenous women at the forefront of environmental protection. It compiles a range of original and existing material to support research, advocacy, information sharing, and movement building around resource extraction and its gendered impacts.

KAIROS and Legacy of Hope bring Ravens: Messengers of Change to launch the online Summer Solstice Powwow Festival. This educational activity guide is designed for Canadians of all ages to participate and raise awareness of the reconciliation work ahead. Keep an eye out for #Ravensmessengersofchange on social media!

Please check the Indigenous Women’s Month at KAIROS’ calendar below and our social media channels for stories, features and updates: Facebook and Twitter.