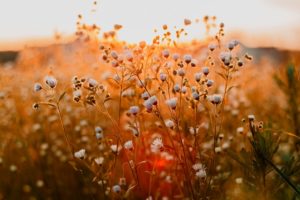 Not all Christians may be aware of it, but the period of September 1 to October 4 is recognized as the Season of Creation by most Christian Churches in the world. This yearly celebration of Creation seems to be such a fitting grounding for any reflection and work on Climate. The movement to celebrate such a Season began in the Orthodox Church where September 1 is the beginning of the liturgical year. That day is a commemoration of how God created the world. In 1989, the Ecumenical Patriarch felt it would be important to call for a Day of Prayer for the care and protection of Creation. Gradually this wisdom was picked up by other Churches and lengthened to a whole Season. October 4 was chosen as the end of the Season because it is the Feast of St. Francis, the author of the most beautiful Canticle of the Creatures, and he is seen as the patron of ecology.

I have long felt that it is only in being grounded in the divine presence in all of Creation, and in meditating on the immense and wondrous beauty and generosity of Creation, like the Creator, that I, and others, can draw on the love and motivation to grow in a relationship with all of Creation. – And we can reverence it, and desire in every way to care for it. Science, and those Christian theologians who have taken in the spiritual dimension of the new scientific knowledge, have brought us to understand that at the core of Creation is relationship, relationship based in love.

My mentors have been Teilhard de Chardin and Thomas Berry, both scientists and mystics whose writings take us into the experience of awe at the amazing Story of the evolution of the Universe out of which humanity has emerged.  It changes my whole understanding of myself and of Creation to realize that all that/whom have been part of the evolution of the Universe are my ancestors. For St. Francis, the Sun, Moon, Water, Fire….are all Sisters and Brothers; they are my family. We are all made of the same stuff. We are so interconnected and interrelated!  I want to keep learning more and more about how we relate and impact on each other. I keep becoming more aware of the many gifts I receive from Creation and that leads to gratitude and my loving it more and more.  My heart naturally wants to reciprocate. What can I return for all these freely-given gifts?  All of this is the meditation and prayer during the Season of Creation.

Our Common Home, the Earth

We need a Season of Creation to remind us of who we are, and with whom we are in relationship. Over these years of recognizing that Creation is suffering and dying, we can realize that we have lost touch with that whole awareness of “who we are, and with whom we are in relationship”. As Christians, we can be aware that Creation is the primary manifestation of God’s Love for us. We are learning that our behaviours are contributing to the suffering of Creation, and so of God. The Season of Creation can draw us into deep sadness as we feel the losses and destruction which need not have ever been if we had remembered our relationships. Creation is made up not only of the non-human, but also the human, and our reflection during the Season can bring us to recognize more fully those vulnerable persons who suffer as Creation is diminished by our lack of remembrance of our relationships. Pope Francis has prophetically written of this in his Encyclical Laudato Si’ which he wrote for all persons in the world who care about our Common Home, the Earth.

And now we are owning that there is a Climate Crisis. All of the interconnectedness in Creation which has been diminished or broken is calling out to us to Wake Up! Can we get back in touch with love (Love) which will awaken in us gratitude for all that we have taken for granted?  Will it move our hearts to ask “What can I return for all of these gifts which have been given until I emptied the well of this goodness?”

Mary-Ellen Francoeur is a Sister of Service whose spirituality and ministry are grounded in the Universe Story, and the interconnectedness of all things. She has been deeply influenced by the spirituality of indigenous peoples, as well as the Celts. She lives in Toronto, while involved in peace work, healing, and spirituality.