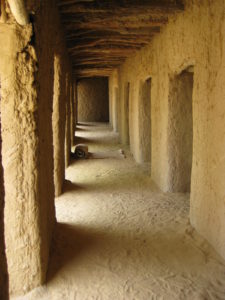 This year, some Muslims celebrated the end of the month of Ramadan under a cloud of fear, dislocation, and suffering. I’d been speaking again with a friend of twenty years from Mali, a majority-Sunni Muslim country in West Africa. Once again, Oumar and I spoke about the growing insecurity in and around his home in Mali’s central region of Mopti. “Hello my brother, how are you? We are starting to worry in our town, which is surrounded by jihadists. The police checkpoint was attacked, and some entrepreneurs had their motorcycles stolen. Women who do not wear the veil in public are taken and their heads are shaved. They no longer sell milk or farm. I don’t like to bother you, but things are not good with us. I have not worked in a month because I no longer travel for jobs, and it is hard to make ends meet.”

Back in 2012 and 2013, Malians witnessed an insurgency and coup d’état, rebel and jihadist alliances falling apart, intervention by French and West African troops, and the establishment of a United Nations stabilization mission. In 2015, the Malian government signed an accord with armed groups from Mali’s north. The peace process thus begun has since stagnated, and insecurity has expanded or shifted from the north, and increased in central Mali. Exactions, attacks, violations, self-defence, and retaliations are perpetrated by a complex constellation of armed actors. Jihadist movements, ethnic militias, former rebels, and criminals/bandits, face national and international forces, who are attempting to counter violent extremism, terrorism, and inter-community violence. Even well-meaning peacebuilding and development actors sometimes work at cross-purposes. Tangible and lasting results always take much more time than expected. Today, Oumar’s family and community are less secure than at any time in the past five years.

What do we pray for when we pray for peace? In Jewish and Christian scripture, shalom can be translated as peace, safety, and well being (e.g. Jeremiah 29:7). Similar to shalom, the New Testament Greek uses eiréné to evoke health and well being, a person’s wholeness (e.g. Luke 24:36). Salam in Quranic Arabic can also wish safety or preservation of life when used in benediction or greeting (Al-An’aam, Chapter 6, Verse 54). Peaceful well-being is more than merely the end of direct violence. It encompasses the means to live in freedom from fear, for mutual respect and concord, for things to be well with one’s soul. Peacebuilder John Paul Lederach talks about ‘justpeace’ – something holistic, profound, rooted, and wide-reaching

On the first Saturday in May 2018, Oumar exhorted me, “go to church on Sunday morning and pray for us, brother Jon. Only God can save us now.” Chance allowed that I had already been invited to attend a recently-planted house church in suburban Bamako. The service seemed a bit strange to me. The approaches to scripture and prayer were new to me, and Malians led the service in French. What stays with me most, however, is the cacophony of the kids’ singing to start the service, repeating the refrain “Je suis enfant de Dieu,” I am a child of God.

“It is 1:20am [June 11, 2018]. I cannot sleep. Each of us has become a watchman at home. Each day there are massacres. We are weary of all of this. It has no sense. We do not even know if there will be a gathering for prayer [at the end of Ramadan].”

When I pray, I embody trust in the power of prayer. Even when I’m deeply doubtful, I nevertheless bear witness to trust in love, grace, mercy, and providence. In some of the most difficult moments of their lives, or in any life that I can imagine, Muslims and Christians have called me their friend and brother. They challenge me to trust in prayer as an affirmation of peace, of the sacred gift of life. They challenge me to believe that Yahweh or Jesus or Allah are more than names we give our fate, more than woven ropes with which to grasp our inscrutable destinies.

May peace be your companion. May the rains come to water our crops in good time. May we feast in good health. May you be guided to forgive and to accept forgiveness. May next year find us well.

Jonathan M. Sears is an Assistant Professor of International Development Studies at Menno Simons College (Canadian Mennonite University at University of Winnipeg, Manitoba)  . He is currently co-authoring a book, Mali between peace and war (Zed Books 2019), with two colleagues from the Centre FrancoPaix, Stabilizing Mali project, at the University of Quebec at Montreal.