Spirited Reflection on Palm Sunday: Shouting Stones–discerning when and how to speak out, facing the evidence 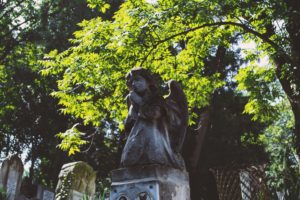 NRSV Luke – 19:37-40 As Jesus was now approaching the path down from the Mount of Olives, the whole multitude of the disciples began to praise God joyfully with a loud voice for all the deeds of power that they had seen, saying, “Blessed is the king who comes in the name of the Lord! Peace in heaven, and glory in the highest heaven!” Some of the Pharisees in the crowd said to him, “Teacher, order your disciples to stop.” He answered, “I tell you, if these were silent, the stones would shout out.”

As a lawyer-turned minister-turned lawyer again, I have had occasion to think about faith in terms of the evidence. I know it’s straying into the dangerous world of what and how we believe, an ecumenical conversation normally not held in KAIROS but diligently proceeding in other circles. But I am going to state that I reject entirely those who assert that there was no historical Jesus. In ancient history, in this common period or beyond, no peasant’s life is better documented than the carpenter from Nazareth. Nevertheless, these traditions of what he said, wisely referred to as pericopes by biblical scholars, were gathered together, revered with more care than prize family heirlooms, cherished and nurtured, and poured into text within a century or so of his life. That was the kind of impact the event had on the witnesses to his life. And the impact of those witnesses on the heirs to the story. And the impact of those heirs on the newly formed church. Had it not been written, if it had been silent, even the stones would shout out.

In my experience as a lawyer who has practiced criminal defence, family and some years ago prosecution of criminal matters, evidence is often not so clear. And as a witness to disciplinary hearings in my denomination, evidence is often not so clear. Many things before the courts happen very fast. Witnesses regularly say, when asked how long an event occurred, “Not long, maybe five minutes.” The truth is — it was seconds, not minutes at all – and often wily lawyers can easily dismantle the evidence which fails the test of scrutiny. Far from stones shouting out, much of our daily affairs, when examined in court, leads to a conclusion that no one could have reasonably known what was happening.

Shouting out in the face of evidence

It is tempting to follow every wagon that pulls out, shouting platitudes and joining in the chorus of those with whom we have sympathy, without examination. In my time with KAIROS, as a student intern, as a staff member, as a board member, as Chair of the board, as a steering committee member and now as a fellow disciple following the One who leads us, the thing that has garnered my deepest respect is its diligent respect for evidence. We join the chorus of the Palm-waving followers when even the stones would shout out. In the last century, the ecumenical global movement has been a critical part of the rise of human rights and ecological justice and KAIROS has played its part in that important work. As important as speaking out, has been discerning when and how to speak out.

For me, when the Christ appears in my town, when it is time to scatter my coat across the road, and shout without shame, Glory to God in the Highest Heaven, as the Christ passes, when the march of freedom and justice, and the shocking courage of the One who will not turn from the cross, walks by my door on humble donkey, I hope I am like the stones who cannot but shout out.

It was a short few moments, in a truck owned by a Roman Catholic Bishop, loaned to a United Church of Christ in the Philippines Pastor and a Bishop of the Independent Church of the Philippines. It was there that I listened to Bishop Ablon talk about the need for the church to stand against the impunity of corruption in his country that I glimpsed for a second what it would be like to feel that shock and compulsion to follow, that those first witnesses of Jesus must have felt. For a few minutes, I tasted what church was meant to be and its raw power. I witnessed the shocking courage of our partners who literally face peril to their bodies in their courage against injustice.

Many in the KAIROS movement have had different but similar experiences, motivated by brave residential school survivors, witnesses of the trauma to the land, those who have stood at check points, listening to women of courage and much much more.

The evidence is so overwhelming, the testimony is so clear, even if we were stones, we would shout.