Spirited Reflection: From the Doctrine of Discovery to the killing of Colten Boushie 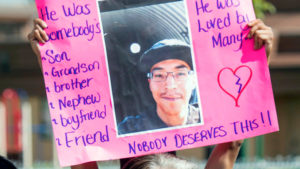 When an apparently all-white jury acquitted Saskatchewan farmer Gerald Stanley a year ago of any wrongdoing in the August 2016 killing of 22-year-old Cree man, Colten Boushie, their action pierced the hearts of Indigenous people and their allies across Turtle Island. But this verdict didn’t come out of nowhere. A direct thread leads from European Christendom’s Doctrine of Discovery (DD) to that innocent verdict in Mr. Boushie’s death. The continuing power of the DD in the Canadian imagination is clear.

The DD still runs our lives in so many ways because we remain largely ignorant of it. It functions below the level of our conscious awareness, directing the actions of the “principalities and powers” that run our society.

So let’s look at it.
The DD began as a series of formal, fifteenth-century church statements—Papal Bulls—issued to support European empire-building ambitions. In 1452, Pope Nicholas V told Portugal’s king (and therefore all Christian European nations, including England) to:

“. . . invade, search out, capture, vanquish, and subdue all Saracens and pagans whatsoever, and other enemies of Christ, wheresoever placed, and the kingdoms, dukedoms, principalities, dominions, possessions, and all movable and immovable goods whatsoever held and possessed by them, and to reduce their persons to perpetual slavery, and to apply and appropriate to himself and his successors the kingdoms, dukedoms, counties, principalities, dominions, possessions, and goods, and to convert them to his and their use and profit.”

He couldn’t have put it with more shocking starkness than that. And for half a millennium the DD’s principles have continued to guide our colonial empires and their resulting societies.

The Bulls perverted biblical passages like Matthew 28:19—“Go therefore and make disciples of all nations”—taking them completely out of context to justify colonial expansion “into all the world” (Mark 16:15).

Surely we have always known this is not God’s way. Jesus woos by love and sacrifice, never the sword.

Yet the DD grew like a fungus, spreading inside the living tree of European-derived societies (including Canada). And every once in a while, it pushes a mushroom out into the daylight—like the killing of Colten Boushie—that makes its workings visible.

So where can we see the DD at work in Canada right now?

Colten Boushie was shot with impunity while trespassing on land acquired through the DD, his killer was acquitted by an all-settler jury. Many settlers—as social-media discussions showed—assumed Mr. Boushie (the victim, remember) was a criminal who got what he deserved from a righteous settler protecting “private property” (a European concept).

Indigenous people, meanwhile, knew Mr. Stanley’s lawyers used the “hang-fire” defence (i.e., the gun inexplicably didn’t go off when the shooter originally pulled the trigger, but shortly afterwards when it just happened to be pointing at the victim)—the same defence notorious white supremacist Carney Nerland had used several years earlier after shooting a Cree man in the back.

In Ephesians 6:12, Paul says: “We wrestle not against flesh and blood but against powers and principalities.” Franciscan contemplative Richard Rohr notes that “the powers or systems do everything they can to resist change. In response to the demand for justice, systems morph and adjust while maintaining the status quo.”

That’s what we saw happening in this case. Little wonder Indigenous communities feel grief and rage over the unfairness of a justice system still flexing colonial muscle to protect settlers and their “land rights,” while continuing to dismiss Indigenous humanity.

John Bird is a retired, settler journalist (Anglican Magazine, United Church Observer, Catalyst, Catholic Register) who has also worked extensively on Indigenous Justice and Right Relations. He is currently a volunteer member with the Anglican Church of Canada’s Primate’s Commission on Discovery, Reconciliation and Justice. 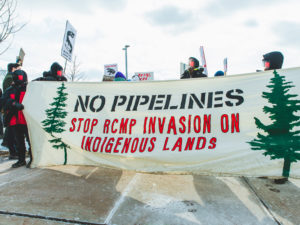 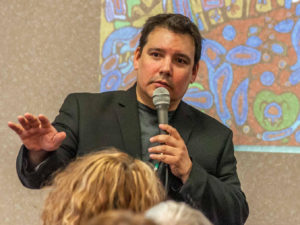 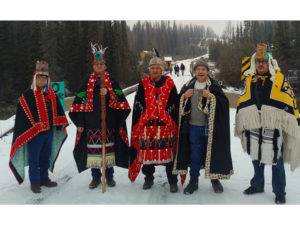 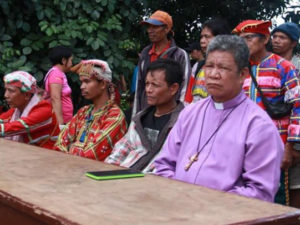